India remains top recipient of remittances with $79 bn in 2018

India retained its position as the world’s top recipient of overseas remittances with its diaspora sending $79 billion back home in 2018, the World Bank said in a report on Monday. 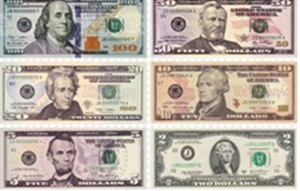 India was followed by China with $67 billion, Mexico ($36 billion), Philippines ($34 billion) and Egypt ($29 billion), the global lender said.
Over the last three years, India has recorded a significant flow of remittances from $62.7 billion in 2016 to $65.3 billion in 2017.
The value of global remittances sent to low-and middle-income countries increased by nine per cent to $529 billion in 2018, with nearly half landing in five countries, including India, the Philippines, Egypt, China and Mexico, latest data released by the World Bank showed.
“Remittances grew by more than 14 per cent in India, where a flooding disaster in Kerala likely boosted the financial help that migrants sent to families, the World Bank’s Migration and Development report stated.
Remittances to low-and middle-income countries reached a record high of $529 billion in 2018, an increase of 9.6 per cent over the previous record high of $483 billion in 2017.
Global remittances, which include flows to high-income countries, reached $689 billion in 2018, up from $633 billion in 2017, it said.
Remittances to South Asia grew 12 per cent to $131 billion in 2018, outpacing the six per cent growth in 2017.
In Pakistan, remittance growth was moderate (seven per cent), due to significant declines in inflows from Saudi Arabia, its largest remittance source. In Bangladesh, remittances showed a brisk uptick in 2018 (15 per cent).
“The upsurge was driven by stronger economic conditions in the United States and a pick-up in oil prices, which had a positive impact on outward remittances from some GCC countries,” it said.
According to the report, remittances are a major source of sustenance for beneficiaries. They’re primarily used to pay the household bills, including rent, medicines and school fees of migrant workers’ families.
A portion of the funds are also utilised in investments, debt repayments and big-ticket purchases, as well as in social, food, leisure activities and entertainment, thus boosting the economic growth of receiving countries.
The whole South Asian region received 12 per cent more in remittances last year, bagging a total of $131 billion. “The upsurge was driven by stronger economic conditions in the United States and a pick-up in oil prices, which had a positive impact on outward remittances from some GCC (Gulf Cooperation Council) countries,” the World Bank said.
Money flows to the East Asia and Pacific region grew nearly seven per cent to $143 billion. However, remittances to the Philippines grew slower, as private transfers from expatriates in the GCC had dropped, while Indonesians saw a huge leap in remitted funds, up by 25 per cent in 2018, following a muted performance in 2017.
Egypt also saw a significant increase in remittance growth, at 17 per cent, and this helped boost the total value of funds landing in the Middle East and North Africa, which posted a nine per cent growth to hit $62 billion.
However, the Bank in its report rued that the global average cost of sending $200 remained high, at around seven per cent in the first quarter of 2019.
Reducing remittance costs to three per cent by 2030 is a global target under Sustainable Development Goal (SDG) 10.7. Remittance costs across many African corridors and small islands in the Pacific remain above 10 per cent.
On ways to lower remittance costs, Dilip Ratha, lead author of the Brief and head of KNOMAD, said, “Remittances are on track to become the largest source of external financing in developing countries. The high costs of money transfers reduce the benefits of migration. Renegotiating exclusive partnerships and letting new players operate through national post offices, banks and telecommunications companies will increase competition and lower remittance prices.”
MORE REPORTS