The Central Board of Indirect Taxes and Customs is considering a Goods and Services Tax levy on cryptocurrency trading despite a lack of clarity about their legal status in the country. 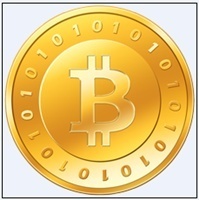 The tax authorities have proposed an 18 per cent GST on trading in cryptocurrencies, a report quoted people with direct knowledge of the matter as saying.
The proposal will be tabled before the GST Council after it is finalised, the report said.
Cryptocurrencies could be classified as intangible goods on par with software, they said, adding that its use in illegal activities would have to be dealt with under other laws.
While the government has neither officially banned nor legalised virtual currencies, it has been cautioning the general public of the risks involved in cryptocurrency trading, especially since Bitcoin surged 19 times to nearly $19,000 last year before shedding most of its gains.
The Reserve Bank of India had, in April, barred banks from dealing with entities trading in cryptocurrencies (See: RBI bars regulated entities from dealing in virtual currencies).
While any decision to tax cryptocurrencies will hinge on the outcome of the panel set up to suggest ways to regulate them, taxing virtual currencies would indirectly give them a legal status.
It may be noted that while the Department of Economic Affairs had earlier sought to regulate virtual currencies, investigative agencies had called for a ban considering its possible use in terror funding.
The Income Tax Department also issued notices to cryptocurrency traders and is trying to recover dues.
According to the proposal, purchase or sale of cryptocurrencies should be considered as supply of goods, and those facilitating transactions like supply, transfer, storage, accounting, among others, will be treated as services.
The value of a cryptocurrency may be determined based on the transaction value in rupees or the equivalent of any freely convertible foreign currency.
If buyers and sellers are in India, the transaction would be treated as a supply of software and the buyer’s location will be the place of supply.
For transfer and sale, the location of the registered person will be the place of supply. However, for sale to non-registered persons, location of the supplier would be considered as the place of supply.
Transactions beyond the Indian territory will be liable for integrated GST, and would be considered as import or export of goods. IGST will be levied on cross-border supplies.
The government may consider levying GST on crypto-trading retrospectively from 1 July 2017 — the day the new indirect tax regime was introduced, the report quoted the sources as saying.
It is estimated that monthly trading in virtual currencies is around Rs200 crore and if taxed at 18 per cent, it would fetch the government about Rs360 crore in GST for the 2017-18 fiscal.
Since Bitcoins are mined and the activity is recorded in the blockchain, a public ledger of all transactions, it will be treated as a supply of service.
Tax should be collected from the miner on transaction fees or reward, and if value of the reward exceeds Rs20 lakh, individual miners will have to register under GST, they said.
Cryptocurrency exchanges will have to register under GST and pay tax on the commission they earn, according to the proposal. For exchanges located outside India, service provided by them to Indians would be considered import of a service, and they will have to pay IGST.
MORE REPORTS