The country's fiscal deficit at the end of November stood at Rs6,12,000 crore, overshooting the full year's budget estimate by 12 per cent, due mainly to lower revenue collections and higher expenditure, data released by the Controller General of Accounts (CGA) on Friday showed. 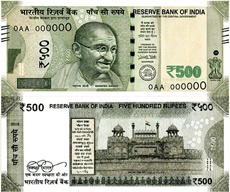 Fiscal deficit for the corresponding period in the previous year (April-November 2016-17) was 85.8 per cent of the budget estimate.

Rs3,85,286 crore has been transferred to state governments as devolution of share of taxes by the central government for the period.

Out of the total revenue expenditure, Rs3,09,799 crore was on account of interest payments and Rs2,06,068 crore on account of major subsidies.

The breach in fiscal deficit target comes on the back of the drop in goods and services tax (GST) collections for November, which declined to Rs80,808 crore (as of 25 December 2017), the lowest since the 1 July implementation of the new indirect tax regime, raising concerns about the government's ability to meet the deficit for the whole year.

The government on Wednesday had announced plans to borrow additional Rs50,000 crore but had said there will be no change in its budget estimates for net borrowing as the additional borrowing of long-term securities will be accompanied by similar reduction in outstanding Treasury Bills (T-bills).

Economists, however, said there might be fiscal slippage of 20-30 basis points in the current financial year.