GST Bill: States to get full compensation for 5 years

In a move to secure wider acceptance of the long-delayed goods and services tax (GST) legislation, the union cabinet today approved changes to GST Bill, allowing states to get full compensation for loss of revenue for the first 5 years of the roll-out of the new indirect tax regime. 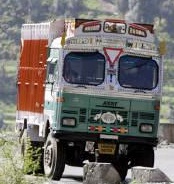 At a meeting with state finance ministers, union finance minister Arun Jaitley has agreed to incorporate a mechanism in the bill to compensate states for all loss of revenue for five years.

The central and state governments also made sufficient headway on resolving differences in several key issues.

The bill in its present form provides that the centre will give 100 per cent compensation to states for first three years and 75 per cent and 50 per cent for the next two years.

However, the Select Committee of the Rajya Sabha had in its report recommended 100 per cent compensation for probable loss of revenue for five years.

The chairman of the empowered committee of state finance ministers Amit Mitra had yesterday said the bill has to be appropriately worded in order to give confidence to the states on compensation.

"I cannot go into details of the wordings, I can only give you spirit of it. States are satisfied that in the constitutional amendment the wording (will be provided) by which states will be guaranteed five years of compensation if there is any loss of revenue," Mitra said

Although the cabinet did not heed the Congress demand of getting GST rate capped in the bill, the centre has assured that the tax rate in the new regime, which is to be decided by the GST Council, will be less than what it is at present.

The government has also built a broad consensus with the states that the rates should not be mentioned in constitution and instead could figure in GST law.

In the new regime, there will be one central GST or C-GST and state GST or S-GST. States levy sales tax or VAT on goods sold within their jurisdiction and get a Central Sales Tax (CST) on sales made outside their territories.

The government plans to roll out GST by 1 April 2017, and is working overtime to build consensus to get the bill passed in the ongoing monsoon session of Parliament which ends on 12 August.

The GST Bill, which intends to convert 29 states into a single market through a new indirect tax regime still has to pass through the Congress-dominated upper house of Parliament, the Rajya Sabha.

But, with the states and the non-Congress opposition in tow, the centre now hopes to overcome Rajya Sabha hurdle. The GST Bill, with the changes approved by the cabinet, could come up in the Rajya Sabha as early as this week, and certainly by next week.