Alibi for the Reserve Bank!

Corporates may bring stability to banks they operate, but at the cost of the economy, which could be rendered unstable by the urge to serve themselves 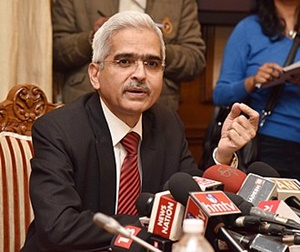 A working group set up by the Reserve Bank of India (RBI) has proposed that large corporate/industrial houses and well-run non-banking financial companies with asset size of Rs50,000 crore and above, including those run by corporates may be allowed as promoters of banks, of course,  after necessary amendments to the Banking Regulation Act.
While this may seem part of the Narendra Modi government’s initiatives aimed at easing business for investors, critics of the government see the new proposals as part of a move to create a Reliance Bank or an Adani Bank – the top gainers under the Modi administration.
They see it in the context of the central government easing out traditional bankers from the Reserve Bank’s decision-making apparatus by foisting a former bureaucrat as the Governor, ostensibly to push the government’s agenda.
RBI constituted the Internal Working Group (IWG) on 12 June 2020 to review extant ownership guidelines and corporate structure for Indian private sector banks. The terms of reference of the IWG inter alia included review of the eligibility criteria for individuals/ entities to apply for banking licence, examination of preferred corporate structure for banks and harmonisation of norms in this regard besides a review of norms for long-term shareholding in banks by the promoters and other shareholders.
The IWG, among other recommendations, proposed raising the cap on promoters’ stake in the long run (15 years) from the current level of 15 per cent to 26 per cent of the paid-up voting equity share capital of the bank.
As regards non-promoter shareholding, a uniform cap of 15 per cent of the paid-up voting equity share capital of the bank may be prescribed for all types of shareholders
The IWG proposed raising the minimum initial capital requirement for a new bank from Rs500 crore to Rs1,000 crore for universal banks, and from Rs200 crore to Rs300 crore for small finance banks.
However, the IWG wanted the Non- operative Financial Holding Company (NOFHC) to remain the preferred structure for all new licences to be issued for universal banks. This would be mandatory only in cases where the individual promoters / promoting entities/ converting entities have other group entities.
Banks licensed before 2013 may move to an NOFHC structure at their discretion, but once the NOFHC structure attains a tax-neutral status, all banks licensed before 2013 shall move to the NOFHC structure within 5 years.
But, until the NOFHC structure is made feasible and operational, the concerns with regard to banks undertaking different activities through subsidiaries/ joint ventures/ associates need to be addressed through suitable regulations.
For Payments Banks intending to convert to a Small Finance Bank, track record of 3 years of experience as Payments Bank may be considered as sufficient.
The main critics were Raghuram Rajan and Viral Acharya, former governor and deputy governor, respectively, of the RBI. They say the very thinking that corporates would bring stability to the banking system is like setting the house afame to kill the rat.
Corporates may bring stability to banks they operate, but at the cost of the economy, which could be rendered unstable by the urge to serve themselves.
It is the very antithesis of nationalisation of banks that brought banks out of the hands of corporate houses and made accessible to the wider population.
To ensure credit flow to desired sectors the right thing to do is to channel credit through prority lending regulations, they point out.
It was exactly the concentration of financial powers in the hands of a few that led to nationalisation of banks in the 90s
RBI, however, claims that corporate ownership of banks would be allowed under strict regulation of both ownership and lending polices.
But RBI cannot say that bank failures can be equated to corporate failures as the banks cannot be isolated like a corporate entity from the economy.
Also, it may be noted that the major part of banks' non-performing assets are stuck in credit to large corporates and there is nothing to prevent banks from lending to corporates.
It is not mere lack of regulation that allows banks to err in their decisions, which are often deliberate and sometimes unfathomed, but expediency has always been the better part of wisdom.
MORE REPORTS