RBI has advised banks to preserve the CCTV recordings of all banking operations at various branches and currency chests from 8 November to 30 December 2016. 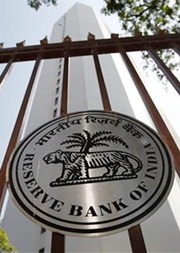 This is being done "to facilitate coordinated and effective action by the enforcement agencies in dealing with matters relating to illegal accumulation of new currency notes," RBI stated in circular issued to all banks across the country.

RBI pointed to its earlier notice dated 27 October 2016 wherein it was stated that in order to facilitate identification of people abetting circulation of counterfeit notes, banks are advised to cover the banking hall / area and counters under CCTV surveillance and recording and preserve the recording.

''In continuation to the above, the banks are further advised to preserve CCTV recordings of operations at bank branches and currency chests for the period from November 08 to December 30, 2016, until further instructions, to facilitate coordinated and effective action by the enforcement agencies in dealing with matters relating to illegal accumulation of new currency notes,'' RBI stated.

Mundra said notice has been issued to all banks for data checking.

Talking about the junior RBI official arrested in case of money laundering earlier in the day, Mundra said that the accused has been already suspended.

Gandhi said banks have since the start of the programme on 10 November 2016 till 10 December  2016 issued 46.10 million notes to the public over their counters and through their ATMs.

''So this way the entire system has been continuously gearing up for supporting the circulation of notes in the hands of the public. Daily we are issuing more and more notes, getting them printed and issued. This will be a continuous effort and the public is requested to freely use the notes they have in their hands rather than hoarding them,'' he added.

Referring to the various media reports about some of the transactions noticed in various bank branches and the alleged involvement of staff at various banks / branches in suspicious transactions, Gandhi said, it would be belittling the huge effort the banking industry has undertaken.

''I would like to mention that from the beginning of this process, the banking industry has done good work. Bank employees have made lot of efforts and majority of them have certainly won the appreciation.

''Having said that, in an operation of this size, there are always elements that would have behaved otherwise than what is expected of them and we are keeping a constant vigil of the same. We have issued elaborate instructions to all the bank management to do central data checking and whenever they find any inconsistency, it should be pursued further through their internal audit mechanism.

''RBI supervisors are also carrying out similar exercise on the various data points of banks and whenever any untoward transactions or action is noticed, due investigation would be done and then due action would be pursued.

''There have already been cases where banks have taken action against the staff members.

There has been a media report about one of the RBI staff at Bengaluru as well. Let me clarify that it was a junior functionary of the Reserve Bank of India and it was reported by the investigating agency that he was recorded to be present in a bank branch where some suspected transaction was happening.

Having known about that, the concerned employee has been suspended. We have instituted investigation and due action would be taken once the details are ascertained.''

Gandhi said the RBI is also coordinating and collaborating with various investigative agencies when they flag details of the suspicious transactions.

''I think this is also known that all banks as well as the Reserve Bank of India is having an institution of whistleblower and we always encourage that in a mission like this if there is any such information, the same be flagged to us by whistleblower mechanism and due process would be undertaken.''