Govt's high credit targets to blame for most NPAs: Rajan

Governments in their enthusiasm to push up credit flows to growth sectors set up ambitious credit targets, undermining banks’ prudential norms and vitiating the credit culture, giving rise to huge non-performing loans, former governor of the Reserve Bank of India suggested in a report to the Parliament’s Estimates Committee on NPAs. 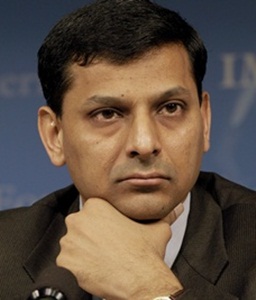 In a 17-page note on NPAs of public sector banks, Rajan said at a time of global slowdown, project cost overruns and policy indecision, governments should have refrained from setting ambitious credit targets or waiving loans.
Rajan said a large number of bad loans or NPAs originated in 2006-2008 while the economic growth was strong as the banks made mistakes.
Rajan has tried to explain the reasons that led to a large build up of non-performing assets in India’s banking system, the regulator’s actions and what needs to be done to prevent a recurrence. Rajan has also flagged concerns on current vulnerabilities.
Unscrupulous promoters who inflated the cost of capital equipment through over-invoicing were rarely checked. Public sector bankers continued financing promoters even while private sector banks were getting out, suggesting their monitoring of promoter and project health was inadequate. Too many bankers put yet more money for additional “balancing” equipment, even though the initial project was heavily underwater, and the promoter’s intent suspect. Finally, too many loans were made to well-connected promoters who have a history of defaulting on their loans.
Unfortunately, until the Bankruptcy Code was enacted, bankers had little ability to threaten promoters, even incompetent or unscrupulous ones, with loss of their project. Writing down the debt was then simply a gift to promoters, and no banker wanted to take the risk of doing so and inviting the attention of the investigative agencies. Stalled projects continued as “zombie” projects, neither dead nor alive.
He said the RBI had set up a fraud-monitoring cell during his governorship to ensure early reporting of such cases. “I sent a list of four high-profile cases to the PMO for coordinated action to bring at least one or two offenders to book. I am not aware of the progress. It should be addressed with urgency,” he said.
Frauds are different from normal NPAs in that the loss is because of a patently illegal action, by either the borrower or the banker.  “Unfortunately, the system has been singularly ineffective in bringing even a single high-profile fraudster to book. As a result, fraud is not discouraged,” he said.
Fraudsters are even testing the Bankruptcy Code with continuous and sometimes frivolous appeals. Also, some promoters try to regain control of these bankrupt assets cheaper through the IBC process by using proxy bidders, Rajan pointed out.
On reasons for rising NPAs, he said, global slowdown, project cost overruns and government decision-making were among the factors that contributed to the process. “A larger number of bad loans originated in 2006-2008 while economic growth was strong, and previous infrastructure projects had been completed on time and within budget. It is at such times that banks make mistakes. They extrapolate past growth and performance to future.”
The former RBI governor also struck a note of caution in lending to medium, small and micro enterprises (MSME).
The SIDBI run credit guarantee scheme for medium and small enterprises is a growing contingent liability and needs to be examined with urgency, Rajan said in his note.
“Both MUDRA loans as well as the Kisan Credit Card, while popular, have to be examined more closely for potential credit risk. The Credit Guarantee Scheme for MSME (CGTMSE) run by SIDBI is a growing contingent liability and needs to be examined with urgency,” said Rajan.
Launched in 2000 the CGTMSE, now known as UDAAN, has recorded over 25 lakh cumulative guarantee approvals in 2016-17 with an aggregate loan amount of over Rs1,25,000 crore, according to information on its website.
Agriculture, he said, needs serious attention, but not through loan waivers. He suggested a political consensus through an all-party meeting to this effect, given the impending elections.
On mounting NPAs, Rajan said, as NPAs age they need more provisioning and that “a fair amount of the increase in NPAs may be due to ageing rather than as a result of a fresh lot of NPAs”.
He blamed the delay in project revivals to risk averseness of bankers and governments that drag their feet from taking a decision.
At the same time, he noted that the bankruptcy process is also being tested by some large promoters, with continuous and sometimes frivolous appeals.
Banks and promoters may strike deals outside of bankruptcy, but if promoters prove uncooperative, bankers should have the ability to proceed without them.
And, since the judicial system is not equipped to deal with every bad loan, Rajan said much of the loan renegotiations should be done under the shadow of the Bankruptcy Code.
Rajan has offered several suggestions on how such a NPA recurrence can be avoided, including the adoption of a new approach to NPA resolution, cautioning against old ideas such as bad banks and mergers.
MORE REPORTS