An internal report released by the Reserve Bank of India (RBI) has suggested that the Modi government, which has banned cash payments in larger transactions, is now looking at banning cheque payments as well in its final push for digital transactions. 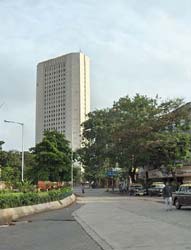 The Reserve Bank of India (RBI) had, on Friday last, placed on its website the seventh release under the series 'Mint Street Memos (MSM)' titled ''From Cash to Non-cash and Cheque to Digital: The Unfolding Revolution in India's Payment Systems''.

The paper, authored by Sasanka Sekhar Maiti from the Department of Statistics and Information Management, analyses unfolding revolution in India's payment systems.

RBI, however, said the views and opinions expressed in MSM series are those of the authors and do not necessarily represent the views of the RBI.

The study says that empirical evaluation of the impact of demonetisation on inter-bank payment and settlement systems has shown that cash transactions have moved in a sustained manner to non-cash mode of payment systems via retail electronic payment systems, point of sale terminals and cheques in the backdrop of progressive use of electronic modes and capping service charges.

''Within the ambit of inter-bank payment and settlement systems, paper based inter-bank cheque clearing system is the oldest non-cash mode, albeit with the highest settlement time lag and inherent credit and liquidity risks. Therefore, the Reserve Bank of India (RBI) has attempted to reduce the usage of cheques and facilitate increased usage of electronic payments. This study empirically investigates the effectiveness of the RBI's interventions in migrating transactions to electronic mode. The study also evaluates the impact of demonetisation on non-cash mode of payments,'' says the report.

The RBI has intervened to reduce the usage of paper-based instruments on several dimensions. Effective 1 April 2008, it mandated the use of electronic modes of payment for Rs1 crore and above in regulated markets and by regulated entities, which was further reduced to Rs10 lakh with effect from 1 August 2008.

The cap on service charges for electronic payment products and for outstation cheque collection that was prescribed since 8 October 2008, incentivised migration to alternate modes, viz, Real Time Gross Settlement (RTGS), National Electronic Fund Transfer (NEFT) and Electronic Clearing Service (ECS) transactions by bank customers. In the NEFT system, a recent policy intervention has been the introduction of more settlement batches in a business day by shortening the settlement duration between batches.

For card transactions, various policy initiatives have been undertaken to enhance security measures through introduction of additional factor of authentication (AFA), separating merchant discount rates for debit and credit cards, and relaxing the AFA requirement for transactions up to Rs2,000.

In the RTGS system, a major policy change has been the introduction of minimum threshold value for customer transactions, currently at Rs2 lakh. Furthermore, the RBI has introduced service charges for direct participants in RTGS, including time varying tariffs and extending business hours to align them with market timings.

News agency Press Trust of India had, in a report dated 16 November, quoted a senior official of the Confederation of All India Traders (CAIT) as saying that the government needs to encourage the use of debit and credit cards.

CAIT Secretary General Praveen Khandelwal told PTI, ''In all probability, the centre may withdraw the cheque book facility in the near future to encourage digital transactions.'' He was talking to reporters at the launch of 'Digital Rath', a joint initiative of the CAIT and Mastercard to encourage traders to adopt different modes of digital transactions and promote cashless economy.

''The government spends Rs 25,000 crore on printing of currency notes and another Rs 6,000 crore on their security and logistics. Moreover, banks charge 1 per cent on payments through debit card and 2 per cent through credit cards. The government needs to incentivise this process by providing subsidy directly to the banks so these charges can be waived,'' he said.

A ban on cheque transfers is most likely to affect the trading community as it relies heavily on cheque books. Over 95 per cent transactions occur through cash and cheques.

There is also a possibility that cheque transactions may have increased manifolds ever since demonetisation crippled cash transactions.