The Federal Reserve has approved proposals by 34 largest US banks, including JPMorgan Chase & Co and Bank of America Corp, to use extra capital for stock buybacks, dividends and other purposes beyond being a cushion against catastrophe. 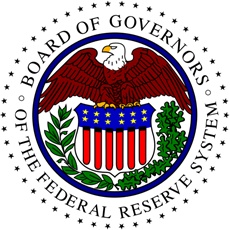 The Fed noted that these lenders have passed the second, tougher part of its annual stress test, whose results showed that many have not only built up adequate capital buffers, but improved risk management procedures as well.

The Fed said US banks have substantially increased their capital since the first round of stress tests led by the Federal Reserve in 2009. The common equity capital ratio - which compares high-quality capital to risk-weighted assets - of the 34 bank holding companies in the 2017 CCAR has more than doubled from 5.5 per cent in the first quarter of 2009 to 12.5 per cent in the first quarter of 2017. This reflects an increase of more than $750 billion in common equity capital to a total of $1.25 trillion during the same period.

''CCAR, in its seventh year, evaluates the capital planning processes and capital adequacy of the largest US-based bank holding companies, including the firms' planned capital actions such as dividend payments and share buybacks. Strong capital levels act as a cushion to absorb losses and help ensure that banking organisations have the ability to lend to households and businesses even in times of stress,'' the Fed stated in a release.

"I'm pleased that the CCAR process has motivated all of the largest banks to achieve healthy capital levels and most to substantially improve their capital planning processes," said Governor Jerome H Powell.

The Federal Reserve may object to a capital plan based on quantitative or qualitative concerns, and if it does, a firm may not make any capital distribution unless authorised by the Federal Reserve, it added.

The Federal Reserve did not object to the capital plan of Capital One Financial Corporation, but has asked the firm to submit a new capital plan within six months that addresses identified weaknesses in its capital planning process.

Fed chair Janet Yellen on Tuesday, however, warned that "memories tend to fade" about the 2008 crisis, hinting of risks in a big regulatory retreat.

The regulations and processes put in place in the years since the start of the crisis mean banks now have much stronger capital and are able to withstand "enormous shocks," she said.