RBI not verifying genuineness of all scrapped notes: report 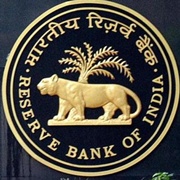 The Reserve Bank of India (RBI) is not carrying out a thorough check of the withdrawn Rs500 and Rs1,000 notes to very their genuineness, which leaves space for fake currency getting the status of genuine bank notes, say reports.

Since it is aready known that the actual amount of fake currency in circulation in the country is far greater than official estimates, it is likely that the demonetisation process will end up giving legal tender status to those fake notes as well.

The non-detection of fake notes and subsequent accounting errors could defeat the whole purpose of the demonetisation exercise, also considering the fact that there is no dearth of gullible officials in the banking system, say commentators.

A Hindu BusinessLine report says, on an average, only 30 per cent of the Rs500 notes and 25 per cent of the Rs1,000 notes are being verified to detect fake notes. This is unlikely to provide a clear picture of the fake currency situation in the country..

The report, quoting sources, notes that the ongoing verification process of withdrawn Rs500 and Rs1,000 notes by the RBI is not being conducted in a foolproof manner.

''The verification of demonetised notes, which are now being called specified bank notes (SBNs), is being conducted only on a random basis and not entirely,'' the report quoted the source as saying.

The BusinessLine report said only a small number of notes are being checked, leaving almost entire consignments unchecked, both qualitatively and quantitatively.

RBI governor Urjit Patel also could not give a Parliamentary standing committee on finance demonetisation the exact number of old Rs500 and Rs1,000 bills returned post-demonetisation as the RBI was still tabulating it.

The only redeeming feature is that only Rs9,20,000 crore of new currency has been infused into the system post demonetisation.

Verification of scrapped currency or Specified Bank Notes (SBN), as RBI terms it, is currently on at 4,075 currency chests across the country.

In a statement on 5 January, the RBI said the entries made at the large number of currency chests in the country ''need to be reconciled with the physical cash balances to eliminate accounting errors / possible double counts, etc''.

But the way the verification process is being carried out, leaves space for errors in detecting fake notes and the consequent accounting error.

In any case the random checking of SBNs deposited the currency chests will not help trace fake currency and RBI's estimate that 95 per cent of SBNs are back cannot be realistic.