Bank credit to industry grows at minus 0.2% in August 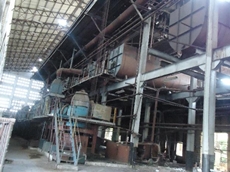 Credit to the industrial sector, which was at an average rate of over 20 per cent until four years ago and continued in double-digits until July 2014, has slipped into the negative in August 2016, which is in line with the 0.7 per cent contraction in Industrial output in August.

Credit flows to the other sectors, including service, personal loans, agriculture and allied activities, however, continued to witness double-digit growth.

In its monetary policy announcement, Reserve Bank of India had cited the steady contraction of bank credit to the industrial sector as an area of concern, although economists see it as a reflection of high unutilised capacities in industrial units and investments not taking place.

The rising non-recovery of loans could be a better reason for the steady slowing of bank credit to the industrial sector. As things stand, major corporates are stuck with huge unpaid debt while banks find recovery of outstanding loans increasingly difficult.

While corporates leveraged bank credit steadily from 2005 to 2011 taking bank lending to the industrial sector to levels over 20 per cent, the slow down in industrial growth large industrial houses habve been stuck with unserviceable debt, which has grown steadily over the past 30 months.

There are also signs of growing risk aversion among public sector bankers in the wake of the ballooning of the non-performing asset crisis, brought to light by former RBI governor Raghuram Rajan.

And, with banks unwilling to lend further, corporates seem to have moved to alternate modes of short-term financing like commercial papers whose rates are now attractive.

While it was medium-sized businesses that witnessed a contraction in loan outstandings since June 2015, micro and small businesses also witnessed a fall in credit flows since March 2016.

Medium and small industries taken together account for just 20 per cent of overall bank credit, large businesses account for more than 80 per cent of the total bank loan to the industrial sector.