Plunging share prices this year have erased half a trillion dollars or a quarter of the combined market value of at least 20 of the world's major banks over concerns that banks may not be able to absorb the shock of rising loan delinquencies. 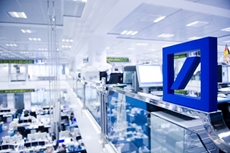 Italian bank share prices slumped the most, sinking more than 25 per cent since late June, as reports emerge that more than 15 per cent of their loans are delinquent.

The market rout follows IMF warning that the massive and complex instability at woefully undercapitalised Deutsche Bank, Germany's largest bank, could be a threat to the global financial system.

Also, Bank of England governor Mark Carney on Tuesday directed a surprise reversal of a planned hike in British banks' minimum capital levels, with the aim of maintaining lending in the wake of Brexit, forcing markets has refocused attention on the health of the world's major banks.

The Federal Reserve, however, last week approved the capital adequacy of the biggest banks in the country for the sixth year in a row - only two out of 33 banks, including the US subsidiary of Deutsche, failed the test, but only marginally.

But, in spite of regulatory approvals of capital adequacy, equity prices of the biggest US banks are down more than 10 per cent over the past month.

While regulators on both sides of the Atlantic tout what they consider the progress made since 2008, very little has changed in the structure of banking since the crisis. As Nobel Prize winning University of Chicago economist George Stigler puts it government regulation tends to serve the interests of the industry and this makes banks unsound.

The nine biggest US banks had about $6 in capital for every $100 of assets in December last year, only about $2.50 more than their average level before the financial crisis, according to Federal Deposit Insurance Corporation data. Australia's big four banks, for the record, have about $5.40.

The big European banks have even less of capital.

While that is a big proportional jump from where banks had been, it's still well below the level advocated by the IMF and eminent financial economists, including Nobel prize winners William Sharpe and Eugene Fama.

Central bankers in the West believe capital ratios around 3 per cent or 4 per cent are enough under a neutral or very low interest rate regime.

They prefer ''risk-weighted'' measures of capital adequacy. But this too, as Fed itself has noted, have increased from 5.5 per cent in 2009 to 12.2 per cent this year for the largest bank holding companies in the US.