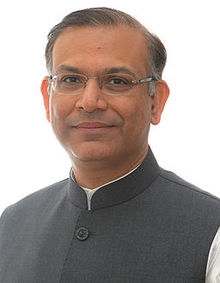 The government is well appraised of the problem of rising bad loans of public sector banks and is working closely with the Reserve Bank of India (RBI) for resolution of bad loans, as part of the asset quality review (AQR) and in keeping with RBI's intent to clean up banks' balance sheets by FY17, Jayant Sinha, minister of state for finance, said on Friday.

Speaking at the second Gyan Sangam, an annual retreat of bankers, he said the finance ministry and the RBI have already strengthened the mechanism through which banks can resolve assets even on an interim basis.

''Even the bankruptcy code is in the Parliament; the CRILC, JLF, CDR, SDR, 5/25 are all the different mechanisms that we have created and strengthened so that the resolution process can move forward efficiently,'' Sinha pointed out.

Sinha said that the AQR conducted through August to December last year was an attempt to quantify stressed assets in the system. He said around Rs8,00,000 crore or 11.25 per cent of bank credit is stressed - bad loans and recast debt. While the first phase of transformation of banks was to allow them work independently without political interference, the second phase was AQR.

He said the government will continue to provide funds to strengthen state-owned banks. "We have now a very good sense of...stressed assets. We believe that the stressed assets are about Rs8,00,000 crore of the total advances that public and private sector banks...," Sinha said.

The government has provided Rs25,000 crore in the Budget 2016, he said, adding, "we will provide more as necessary to ensure that our banks are well capitalised". "We have about about 11.25 per cent of the numbers of stressed assets in the system right now. The good news in all of this is two-fold that the set of stressed assets are stabilised, we know where they are and we know how to deal with them," he added.

Also, he said, the RBI has also made certain changes to the manner in which capital can be recognised as part of the tier-I capital and that has added further strength to bank balance sheet. As far as the set of stressed assets and the NPA situation are concerned, Sinha said, "We think we now have a very good control over them, and of course are working very closely with the RBI.

"We will continue to work with those numbers to see how we can further expedite and strengthen the recovery process for these stressed assets."

Speaking to reporters later, Sinha said as far as the review of stressed assets is concerned, it is a continuous process that could last at least till March 2017 for both recognition and classification. ''The other side of it is resolution. So how do you recognise and classify and provision and then the resolution is another part of it,'' Sinha said.

The Reserve Bank, he said, has closely looked into the stressed assets across both public and private sector banks as well as non-banking finance companies. He also said that efforts are being made to strengthen the stressed asset resolution capabilities of the banks, which would help in dealing with the problem.

"Rs8,00,000 crore stressed assets is for the entire scheduled commercial banks, public and private sectors banks across the system. The system has roughly about Rs69,00,000 crore of total loan book," he said, adding that the government will go through phases as part of the banks transformation agenda.