The world's five biggest banks have been fined over $5 billion by the US and British authorities over their involvement in price rigging in foreign exchange markets, bringing the total fines and penalties imposed on these banks by the regulators to around $9 billion. 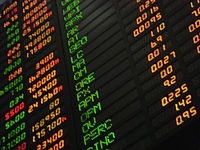 US banking giants Citicorp, JPMorgan Chase & Co and the UK's Barclays Plc, and The Royal Bank of Scotland Plc have pleaded guilty to conspiring to manipulate the price of US dollars and euros exchanged in the forex market in the US and elsewhere and have agreed to pay total fines of more than $2.5 billion, according to a statement issued by the US Department of Justice (DOJ) yesterday.

In addition to the DOJ's fines, the US Federal Reserve also has imposed on the five banks fines of over $1.6 billion.

The charges relate to the periods between December 2007 and January 2013.

Including previous settlements with regulatory agencies in the US and abroad, today's resolutions bring the total fines and penalties paid by these five banks for their conduct in the forex spot market to nearly $9 billion.

''Today's historic resolutions are the latest in our ongoing efforts to investigate and prosecute financial crimes, and they serve as a stark reminder that this department of justice intends to vigorously prosecute all those who tilt the economic system in their favor; who subvert our marketplaces; and who enrich themselves at the expense of American consumers,'' said attorney general Loretta Lynch.

''The charged conspiracy fixed the US dollar-euro exchange rate, affecting currencies that are at the heart of international commerce and undermining the integrity and the competitiveness of foreign currency exchange markets which account for hundreds of billions of dollars worth of transactions every day,'' assistant attorney general Bill Baer said.

''The Cartel'' comprising the euro-dollar traders at the banks used an electronic chat room and coded language to manipulate benchmark exchange rates by making two major daily ''fixes'' in an effort to increase their profits and suppressing completion, the DOJ accused.

''These resolutions make clear that the US Government will not tolerate criminal behavior in any sector of the financial markets,'' said FBI's assistant director in charge Andrew McCabe.

Under the DOJ order, Citicorp will pay a fine of $925 million, Barclays $650 million, JPMorgan $550 million and RBS $395 million. In addition, Barclays will also have to pay an additional $60 million criminal penalty for its violation of the non-prosecution agreement.

The five banks have also agreed to a three-year probation, which if approved, will require the banks to regularly report to authorities and cease all criminal activity.

Rates such as Libor and Euribor are used as benchmarks in the global financial markets for a range of securities from bonds and mortgages to derivatives. The rates are based on daily estimates of the rates at which banks can borrow funds in the inter-bank market.