Bank of New York Mellon yesterday agreed to pay $714 million to settle US state and federal charges of defraudeding pension funds and other investors over foreign exchange (FX) transactions. 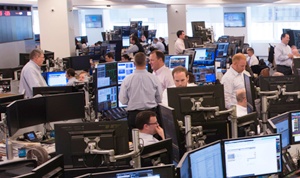 The lawsuits against New York-based BNY Mellon were filed in 2011 by Preet Bharara, the US attorney in Manhattan, and Eric Schneiderman, the New York attorney general.

The bank acknowledged it falsely told customers that it would provide them with the best rates available in the foreign currency exchange market, while it actually assigned clients the worst or close-to-worst rates from trading sessions, according to investigators.

By assigning more favourable rates for its own trades BNY Mellon profited from the difference the rates given to customers.

BNY Mellon was accused of systematically misrepresenting how it handled its customers' FX transactions.  It told customers that its Standing Instruction FX program was an automated service that allowed a client to rely upon it to obtain an FX rate and execute FX trades on the customer's behalf without any supervision or direct involvement by the customer, and that it would obtain the ''best rates'' available for its customers, the NYAG said in a statement. (See: AG Schneiderman And US Attorney Bharara Announce Groundbreaking Settlement With Bank Of New York Mellon Over Fraudulent Foreign Exchange Practices)

Senior BNY Mellon executives knew that the bank's representations about FX pricing were false. In fact, BNY Mellon obtained the best FX rates for itself, gave its customers the worst or close to the worst rates, and kept the difference for itself, the statement added.

''Investors count on financial institutions to tell them the truth about how their investments are being managed. But BNY Mellon misled customers and traded at their expense,'' said  Schneiderman.  ''Today's settlement shows that institutions and individuals responsible for defrauding investors will be held accountable and face serious consequences for their wrongdoing.''

Bharara said, ''BNY Mellon's custody clients, many of whom are public pension funds and non-profit organizations, trusted the Bank to be honest about the financial services it was providing and to deal with them fairly.  BNY Mellon and its executives, motivated by outsized profits and bonuses, breached this trust and repeatedly misled clients to believe that the pricing they were getting on foreign exchange was far better than it actually was.''

''The Bank, after three years of litigation, has finally admitted what was always clear from the evidence – contrary to its various representations, including a claim of 'best rates,' the bank in fact gave clients prices at or near the worst interbank rates reported during the trading day.  The bank repeatedly deceived its customers and is paying a heavy penalty for it,'' he added.

The case began when a whistleblower - a former currency trader for BNY Mellon in Pittsburgh, Grant Wilson, filed a complaint with the Attorney General's office in 2009 under the New York False Claims Act.

BNY Mellon ''admitted the factual details of its fraud'' and has agreed to terminate the services of certain executives involved in the fraud, including the head of products management, David Nichols, who was named as a defendant in the federal lawsuit.

Out of the total settlement amount of $714 million, the DoJ and NYAG will receive $167.5 million each while the department of labour and SEC will get $14 million and $30 million respectively. Further, the bank will pay $335 million to settle the customer class action charges.

The bank said that the settlement amount is fully covered by its existing reserves.

Without issuing an apology, BNY Mellon said in a statement, "We are pleased to put these legacy FX matters behind us, which is in the best interest of our company and our constituents. We continue to improve our product offerings to ensure they are meeting client demand and positioning clients to succeed in an increasingly complex financial environment." (See: BNY Mellon's statement: BNY Mellon Settles Outstanding FX-Related Actions)