In a move to reach out to a wider audience, RBI recently passed a directive asking banks to convert all new deployments into Talking ATMs and set up a road map for converting existing ATMs into ones that "talk". Navroze Dastur, managing director,financials, NCR India, outlines what these machines can do

Imagine living in a world where each daily chore requires special efforts – like walking on the street, commuting by public transport, visiting a mall or a bank. Each step, each movement, each action has to be thought through carefully. 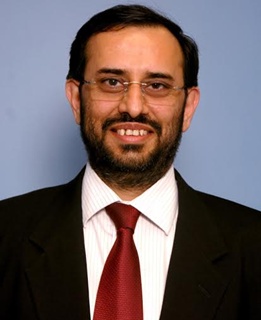 Accustomed to the glory of vision, it is very horrifying for us to think beyond this. Now, think of how a visually impaired leads a life!

It has been the prime objective of ministry of finance to address financial inclusion challenges in the country.

Apart from providing accessible banking technologies to the under-banked population in the country, the RBI has also been keen on providing banking and financial services to every customer irrespective of their disability.

Since 2009, RBI has been driving banks to operate one-third of their ATMs as talking ATMs. In a move to reach out to a wider audience, RBI recently passed a directive asking banks to convert all new deployments into Talking ATMs by 1 July and set up aroadmap for conversion of existing ATMs into ones that "talk".

It is imperative for banks, financial institutions, ATM deployers and manufactures to take cognizance of this directive considering India's 1.2 crore population of the visually impaired.

Advocacy and support centre like Xavier's Resource Centre for the Visually Challenged  (XRCVC), a department of St. Xavier's College and spearheaded by Dr. Sam Taraporewala, has also been playing an important role in shaping a better and accessible world for the visually impaired.

The hour has now arrived for industry to deploy solutions like talking ATMs that will make the visually impaired independent in handling their financial transactions.

As a result, in India, many ATM manufacturers and solution providers have stepped up their innovation and developed solutions that aid the disabled in more than ways than one way, enbling some to match the global standards of 'access for all' (AFA), which mandates the machines to be of a certain height so that a person using a wheel chair can access it easily.

Special provision of wheelchair ramps is also a key highlight that is in line with RBI's mandate.

The most notable feature of a talking ATM is the text-to-speech engine which allows voicing-out the text on the screen in multiple languages for consumer convenience. This machine is incorporated with unique software and hardware features like headphones attached to it so that customers can hear the instructions and fill in the required data.

Apart from having Braille stickers on its keypads, this solution will provide complete orientation and will help leave no room for doubt while the person transacts.

While voice guidance remains crucial, another aspect to be taken care of is security. India has witnessed ATM frauds off late. A visually impaired person is all the more susceptible to become victims of these fraudulent activities.

A clever way to prevent this is by the provision of blanking the screens. This is a safety mechanism which will avoid shoulder surfing by any by-stander trying to access customer data. Thus an accessible ATM ensures sound, seamless and a safe transaction at the hands of the customer.

Such ATMs can be procured from, deployed and serviced by any ATM manufacturers in India. Any financial institution can upgrade their existing ATM to a Talking ATM by making minor changes in the hardware and software configuration which isn't very expensive.

Also, the price of an ATM depends on the features added and the scale of the ATM roll-out.

Further to RBI's directive, if we see talking ATMs deployed in every corner, it will not take very long for India to transform into a country where a visually impaired can conduct his / her transactions independently, without any glitches just like how any other person would.

As more talking ATMs are deployed; access to self-service technology is ensured which makes the lives of differently-abled people more convenient.