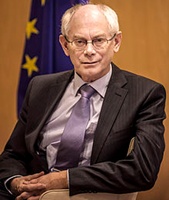 The plan envisages setting up a €55 billion ($75 billion) fund financed by the banks over a period of 10 years.

A single resolution mechanism (SRM) for banks will be created which will form one of the key elements of Europe's banking union, along with the single supervisory mechanism (SSM) that entered into force last month.

If a bank gets in to trouble anywhere in the eurozone, its bailout or even letting it go bust, will be decided by the supervisory authority - a single resolution board. Upon notification by the European Central Bank that a bank is failing or likely to fail, or on its own initiative, the board would adopt a resolution scheme placing the bank into resolution.

The EU economic and financial affairs council called on the presidency to start negotiations with the European parliament with the aim of agreeing the regulation by May 2014. An agreement on functioning of the fund also has to be reached by the eurozone member states by 1 March 2014.

The deal will include all countries participating in the SSM namely the 17 eurozone member states and those non-eurozone countries that decide to join.

The UK and ten other non-eurozone countries are currently not part of the pact.

Creation of a banking union is essential to overcoming market fragmentation and breaking the link between sovereigns and banks, the council said. The creation of an SRM will ensure that supervision and resolution are exercised at the same level for countries that share the supervision of banks within the SSM.

Under the agreement, the fund would be financed by bank levies raised at national level and would be gradually merged over 10 years.

Agreement on the design of a backstop arrangement to the single resolution fund has also been reached which specifies that during the initial build-up phase of the fund, bridge financing will be available from national sources, backed by bank levies, or from the European Stability Mechanism, according to existing procedures.

The SRM is expected to enter into force on 1 January 2015. Bail-in and resolution functions would apply from 1 January 2016.

EU president Herman Van Rompuy said following the first session of the European Council,  ''For the eurozone, it is the biggest leap forward since the creation of the euro itself.''

''I know it means a huge deal for markets and the financial world. We are truly putting the vicious link between failing banks and government finances behind us, and this will help to get the economies going again.''

''The aim is to reach final agreement on this piece of the "Economic Monetary Union puzzle" by October 2014,'' Van Rompuy concluded.