US financial services corporation Mastercard is vexed at the Indian government’s data localisation guidelines, which it says will make digital payments business expensive and inefficient and is reported to have complained to the Donald Trump administration in the United States that the Modi government is promoting local payment network RuPay in the garb of data security. 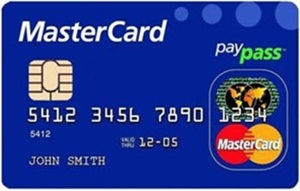 Mastercard says with data localisation it won’t be able to provide safety, security and analytics to Indian banks and merchants and according to a Reuters report, which cited a document presented by the financial services firm, New Delhi's protectionist policies were hurting foreign payment companies.
Foreign card companies were at odds with the Modi government ever since the Modi government launched the homegrown payments network `RuPay’, whose rise has broken the dominance of US payment giants such as Mastercard and Visa.
With more than half of India's 1 billion debit and credit cards now under the RuPay payment system, foreign card companies fear a loss of market and sluggish growth in one of the world's most rapidly-expanding digital payments markets.
“When we talk about our lack of support for data localisation, it’s not caused so much by expenses,” Ajaypal S Banga, the president and chief executive officer of Mastercard, said during an investor call today. “It’s caused by the inefficiency of what that does to the ability to provide safety, security and analytics to India’s banks and merchants.”
Banga said localising data will also hinder companies from sharing their learnings across markets. “…You’re unable to learn from the learnings of one country and apply them to global platforms like ours to every country and… leverage the cost of learning by 1/200—meaning you learn in one country and it’s available to 200.”
What India is doing is actually enabling both those benefits to India to be turned off.
Mastercard, meanwhile, is reported to be storing Indian data at their technology centre in Pune from 6 October.
A BloombergQuint report said the company has submitted its proposal to the Reserve Bank of India confirming the storage of data only in India “within a specified time frame,” but has sought time for it.
Banga is reported to have said during an investor call that it is storing data locally as per the Indian government’s guidelines and that it “is a question of attempting to put a bunch of servers on the ground that enable the data to be kept locally”.
Mastercard and rival Visa are reported to be working on local data storage systems.
The RBI in a notification, issued in April, had given payment companies six months to store all data within India to ensure access for supervisory and monitoring purposes.
Mastercard had since told the Office of the United States Trade Representative (USTR) on 21 June that the Prime Minister Modi "associated the use of RuPay cards with nationalism, claiming it serves as 'kind of national service'."
Meanwhile, Mastercard vice president in a statement for global public policy publication is reported to have said that while Modi's digital payments push was "commendable", the Indian government had adopted "a series of protectionist measures" to the detriment of global companies.
Clearly, the issue is not protectionism, foreign financial service firms so far not accustomed to competition, wants no local rivals to compete with them.
US companies in India have been increasingly battling Modi's anti-monopolistic policies terming these as be protectionist. Foreign payment companies, like Purchase, which owns the Mastercard brand, hoping to make big in India and monopolise the market have been frustrated by the growth of the RuPay card.
MORE REPORTS