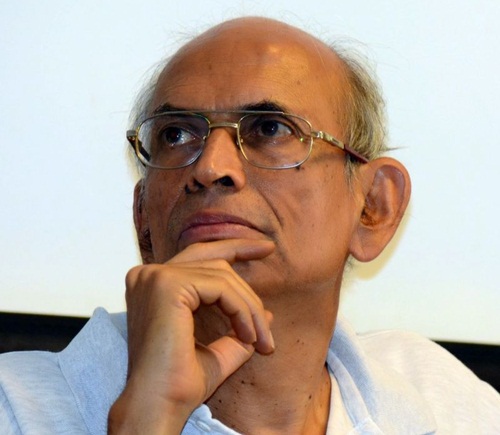 Gadgil, who headed the expert panel on Western Ghats Ecology formed by the ministry of environment and forests in 2010, believes the scale of disaster in Kerala would have been much smaller if environmental laws had been followed.
At least part of the problem is ‘man-made’, The Indian Express quoted Gadgil as saying. “Yes, there is an intense rainfall event which has caused this. But I am quite convinced that the last several years’ development in the state has materially compromised its ability to deal with events like this and greatly increased the magnitude of suffering,” the newspaper quoted him as saying.
“Kerala gets heavy rains over long spells like it did this monsoon too. But this is the first time the state experienced such a flood (after 1924). Why? I’d blame ecological degradation aided by mindless construction,” says Gadgil.
Seven years after he submitted a detailed report in 2011,Gadgil, 76, and living at the northern end of the Western Ghats, in Pune, is a distraught man as the expert’s work has gone in vain -— the southern state is now battling its fiercest floods in a century.
Gadgil had worked intensively for a year as the head of a centrally-constituted committee on environmental protection compiling information on the biodiversity hotspot that is the Ghats, developing a geo-spatial database and interacting with government bodies as well as civil-society groups.
With the authorities at the centre and the states yielding to pressure groups, Gadgil now fears a repeat of Kerala in Goa where destruction of forests and hills are the worst after Kerala.
The nine-member Gadgil panel recommended a regulation on exploitation of natural resources and concrete construction along the Kerala stretch of the Ghats and suggested dividing the Western Ghats into three zones conserved with separate levels of intensity. Tghe government did not heed the panel’s recommendations. Instead the centre appointed another committee headed by K Kasturirangan to dilute the Gadgil panel recommendations as demanded by the then Oommen Chandy-led government in Kerala and protests by vested interests in 2012.
The governments, however, even sat on the Kasturirangan panel report as it too prescribed some curbs on wanton destruction of forests and over exploitation of the Ghats.
“They resorted to false propaganda,” says Gadgil, founder of the Centre for Ecological Sciences in Bengaluru. “Corrupt netas, hand-in-glove with one mafia or the other, sensed a sure slide in slush money. For instance, we found plenty of illegal mining quarries along the hilly tracts of Kannur and Pathanamthitta. They had the patronage of this political party or that religious group.”
They succeeded in effectively muting the Gadgil recommendations by preparing a watered-down version in October 2013 and sitting over that too. The results are clear. Rivers have changed course and entire stretches of hill lands have washed away in the floods, carrying illegal constructions along with.
Almost every political party had interest in scuttling the Gadgil Committee recommendations as groups controlled votes and party strengths in Kerala.
The recent floods caused landslides across the entire belt of high ranges on Kerala’s eastern side bordering Tamil Nadu, uprooted trees, buried buildings along with people and dumped mounds of earth on to rivers.
Gadgil sees a parallel in 2013 Uttarakhand, when cloudbursts in June led rivers to breach their banks after debris from both sides blocked their course along the Himalayas. “Obviously, it’s human intervention adding to the havoc,” he says. “On the Western Ghats, stone quarries were polluting the air and water, debilitating the topography. My panel had sought for devolution of power, but they (top rulers) won’t permit it.”
The present Pinarayi Vijayan regime is quietly making moves to go ahead with a proposed hydel-power project in Thrissur district’s Athirappally, famed for its waterfalls, despite widespread resistance from green activists.
A Tribune report quoting Gadgil says Maharastra also suffers from such construction lobbies. “A Rs21,000-crore dam was designed by contractors, not engineers!”
The ‘ambivalent’ 163-MW Athirappally project is conceived to come up across the Chalakudy River, which was among the most furious in the present deluge. Won’t it be unwise to re-create buildings on floodplains? “Oh, wetlands serve as reservoirs, too. One shouldn’t tamper with them,” the Tribune quoted Gadgil as saying.
A tropical state like Kerala, with sunlight aplenty, can make better use of solar power instead of relying on conventional sources of energy, he agrees. And cites a cruel irony: “Most months of a year, the shelved dam-waters simply evaporate. Then, in an emergency, you suddenly open all shutters, and aggravate the floods!”
MORE REPORTS