One of the oldest banyan trees in India put on saline

India is famous the world over for its banyan trees, some of which have survived a few centuries. One such tree, the Pillalamarri (children’s tree) in Mahbubnagar district in Telangana, was crumbling but thanks to the efforts of officials, it is now being revived. 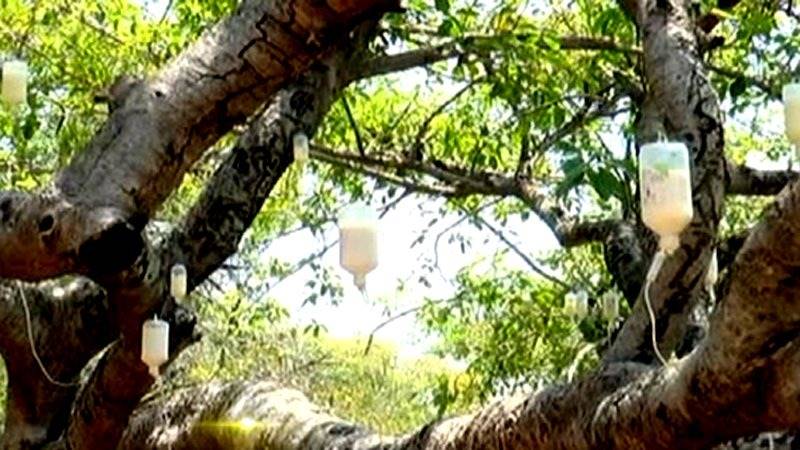 Spread across three acres, the tree – one of the oldest banyan trees in the world – was under attack from termites. Fortunately, some district officials noticed the gradual deterioration and decided to treat it medically. They also imposed curbs on visitors to the park.
The tree drew hundreds of tourists, many of who were careless; children often used the branches as swings. The authorities then administered Chloropyrifos, an organophosphate pesticide, to control the termites.
District officials told local newspapers in Telangana that they began injecting diluted insecticide into the tree as a saline drip. Hundreds of saline bottles containing insecticides were placed at a distance of two metres around the tree.
Experts from the Indian Institute of Chemical Technology, Hyderabad, also helped them in the action against the termites.
Also known as the Indian fig tree (Ficus bengalensis), the banyan is considered as India's national tree.
The tree is believed to have been in existence since 1200 AD. It had original main trunk and many prop roots which resemble many trunks. the main trunk either died out or cannot be differentiated among its several prop roots.
Because of its massive size, the tree has become a tourist attraction and is located 4 km from mehboobnagr.
MORE REPORTS