The most "charismatic" species have a high status in conservation biology and it is commonly claimed that these species experience a privileged level of attention, often at the expense of other, more ordinary species. 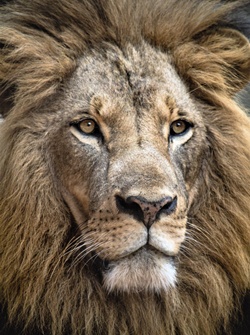 However, in a study publishing 12 April in PLOS Biology, an international research team led by Franck Courchamp, CNRS Director of Research at the University of Paris Saclay, France, find that these animals' popularity may be their downfall, leading to inappropriate complacency about their chances of survival.
The researchers used a combination of online surveys, school questionnaires, zoo websites and animated movies to identify the 10 most charismatic animals. Perhaps unsurprisingly, the tiger, the lion and the elephant took the lead; however, the researchers were astonished to discover that these species are highly threatened in the wild, with greater declines in recent years.
The scientific community, in fact, knows little about these species; for example, the precise number of panthers, elephants or gorillas living on Earth is unknown, even though this information seems important. The researchers also found that despite the public adoring these species, people paradoxically appear oblivious to the fact that these animals are close to extinction, and therefore fail to mobilise to protect them. Why might this be?
The authors of this study hypothesised that the omnipresence of these animals in our culture and in the marketing media that surround us might form a deceptive "virtual population" that actively biases the public's perception of the status of these animals in the wild, leading the public to believe that that they are more numerous that they actually are.
By continuously seeing virtual representations of these species in movies, books, toys, commercials, etc., people may receive the impression that these animals have healthy populations in the wild.
For example, the researchers showed that a French person will see on average more virtual lions (photos, cartoons, logos and brands) in a month than there are wild lions left in all of West Africa.
"Unknowingly, companies using giraffes, cheetahs or polar bears for marketing purposes may be actively contributing to the false perception that these animals are not at risk of extinction, and therefore not in need of conservation", says Franck Courchamp.
To rectify this unfortunate effect, the researchers propose that companies using the image of threatened species for marketing purposes should contribute to information campaigns to promote their conservation, and that a part of the (often substantial) marketing benefits be used to fund the protection of the species that represent them.
MORE REPORTS