The National Green Tribunal on Thursday barred any fresh construction under the environment ministry's 9 December notification exempting real estate projects of all sizes from environment impact assessment and environmental clearance. 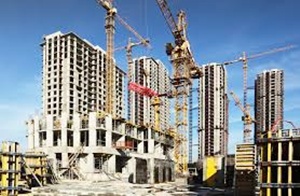 The NGT has received two applications raising legal issues with the notification, which even has a "self-declaration" clause that will ensure issuance of permission from urban local bodies. For larger projects of more than 20,000 sq m, the environmental clearance and building permission would be given by urban local bodies simultaneously in an "integrated format". The notification also states that residential buildings will not require "consent to establish (CTE)" and "consent to operate (CTO)" from state pollution control boards under provisions of the Air Act 1981 and Water Act 1974.

The NGT bench also allowed the applicants' lawyers to keep a watch on any such constructions coming up and inform the tribunal of the same. "You can't do legal blunders and get away with it," a bench headed by NGT chief Justice Swatanter Kumar told lawyers representing the ministry.

The applicants - Pushp Jain and Society for Protection of Environment and Biodiversity - have raised different issues. These include the draft notification issued by the ministry on 29 April 2016 being "substantially different" from the final one. The exemption from applying for CTO and CTE, for example, wasn't mentioned in the draft.

On the contrary, it stated that CTO was mandatory for all projects. One of them also argued that the penalty clause in the new notification for violation of environmental norms by construction projects was ambiguous and propagated a "pay and pollute" policy.

Lawyer Divya Prakash Pandey, representing the environment ministry, said that 900 objections were received to the draft notification that was issued in April. "The ministry had constituted an expert committee to review the objections. They even held public hearings. A final notification was issued only after incorporating these issues." She said that a recent high court order exempted residential buildings from applying for CTO and CTE. But the applicants' lawyers said that the order was only limited to the national capital.