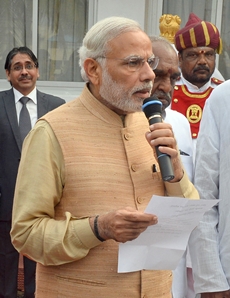 Prime Minister Narendra Modi today visited Chennai to take stock of the situation arising due to the devastating floods and undertook an aerial survey of flood-hit areas of Chennai, Kanchipuram and Tiruvallur districts in Tamil Nadu.

He discussed the situation with chief minister Jayalalithaa and also announced immediate relief worth Rs1,000 crore.

''I have seen the damage and misery caused by the extremely heavy rainfall. The Government of India stands by the people of Tamil Nadu in their hour of need. I have directed that Rs1,000 crore be released immediately by Government of India to Tamil Nadu for immediate relief. This is over and above the Rs940 crore which was released earlier,'' the prime minister said later.

Meanwhile the armed forces and the National Disaster Relief Force (NDRF) teams continues relief and rescue operations across the state. As of today, the Army has 40 rescue and relief teams and 5 engineer teams carrying out rescue operations in the most critical areas of Chennai.

These teams have been operating in areas which are the worst hit by the floods in the areas of Tambaram, Mudichur, Kothurpuram, Pallavaram, Thiruneermalai, Urapakkam, Manipakkam, T Nagar and Gudvancheri towards the outskirts of Chennai and also along areas adjacent to the Adyar River.

The rescue teams have successfully rescued over 4,000 stranded people. Military hospital at St Thomas Mount has been made functional and treatment is being given to many flood affected patients. 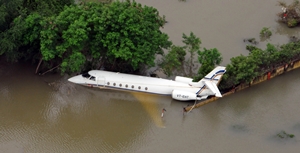 One C-130J from Tambaram to Delhi and two C-17s from Arakkonam are expected to get back stranded passengers to Begumpet/Delhi today.

One helicopter is positioned in Tirupati to aid the Andhra Pradesh government.

Southern Railway geared up its machinery in full swing to handle the situation arising out of the massive water logging over the railway tracks in some of the sections of its Chennai division in the wake of unprecedented rains in and around Chennai. The section of Chennai-Villupuram and Chennai-Gudur section have been badly affected because of overflowing of water on railway tracks due to heavy rains resulting in the disruption of train movement in the area. This has led to cancellations/diversion of many trains from and to Chennai.