Greenpeace's Pillai vindicated; HC says 'this is a democracy' 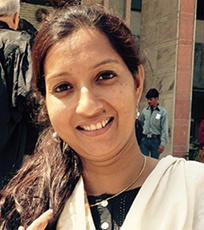 The Delhi High Court today asked the government to quash and set aside the lookout circular against Greenpeace activist Priya Pillai, who was blocked by the Indian government from boarding a flight to London to speak to British MPs two months ago.

Responding to a petition filed by her along with other activists, the court also directed the government to expunge the passport entry where it has been stamped "offload" (See: Grounding of Greenpeace activist a gross rights violation, HC told).

The court told the government that democracy cannot be muzzled in a democracy, and that citizens can have different opinions of development policies.

Pillai said after the court order, "I'm feeling very happy because this reinforces our faith in the Indian judiciary. It's a big win for people who dare to have a different dream of development, which may not coincide with the ideas of the government.''

Commentators agree the government's silly action has given her more publicity than if it had allowed Pillai to go ahead and deliver her address to a probably small gathering of interested British MPs.

Pillai was offloaded from the flight by immigration officials on 11 January, when she was scheduled to make a presentation before British MPs regarding alleged human rights violations at Mahan in Madhya Pradesh where a major coal mining project is proposed.

Pillai said her offloading was "illegal and arbitrary" as she had a valid business visa for six months to visit London.

Under the high court order, her name will now also be removed from any government database or watch-list that prevents her from travelling abroad.

For the Modi government, the offloading of Pillai has given it almost as much bad publicity as its ham-handed efforts to block a BBC documentary on the infamous Delhi rape (India furious as BBC airs gang-rape documentary in UK).