British Prime Minister Boris Johnson resigned on Thursday after months of discontent over Johnson’s judgment and ethics within the governing Conservative Party erupted with the resignations of Treasury chief Rishi Sunak and Health Secretary Sajid Javid within minutes of each other on Tuesday evening. 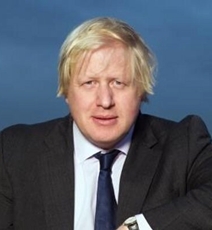 Johnson announced his resignation as prime minister and leader of the Conservative Party at a press conference in his official residence. He said he would serve till a new leader was appointed, sparking a leadership race.
Hours after British Prime Minister Boris Johnson resigned, at least three top leaders have publicly expressed interest in becoming his successor. BBC reported that Tory MP Tom Tugendhat, Attorney General Suella Braverman and pro-Brexit MP Steve Baker have shown interest in the position.
At least 32 British lawmakers, including Sunak, have left Johnson’s government in less than 24 hours, saying the Tory leader no longer has their confidence, plunging his government into crisis.
Boris Johnson, who reached the top amidst the Brexit crisis, was felled by crises of his own making, as the ethics allegations engulfed his government and turned his own party against him.
Speaking outside No 10 Downing Street, Johnson said he was “immensely proud of the achievements of this government,” from Brexit to steering the country through the pandemic, and leading the West in standing up to Russia’s invasion of Ukraine.
Johnson also promised Ukraine's Volodymyr Zelenskiy that he will continue to work with partners to end the grain blockade in the coming weeks, a spokesperson for Johnson said.
"President Zelenskyy thanked the prime minister for his decisive action on Ukraine, and said the Ukrainian people were grateful for the UK's efforts," the spokesperson said following a call between the pair.
"The prime minister finished the call by praising President Zelenskyy, saying: 'You're a hero, everybody loves you'."
Robert Buckland, Britain's new Secretary of State for Wales, has suggested that the freshly formed cabinet will block Prime Minister Boris Johnson if he tried to make major policy moves in the coming weeks, a Telegraph journalist said on Twitter.
Former British Prime Minister John Major said outgoing leader Boris Johnson should not remain in Downing Street until a successor is found "for the overall wellbeing of the country".
Major, prime minister from 1990 to 1997 and from Johnson's Conservative Party, said deputy PM Dominic Raab could take over until a new leader is found, or the party could change the selection rules to speed up the process.
"The proposal for the prime minister to remain in office - for up to three months - having lost the support of his cabinet, his government and his parliamentary party is unwise, and may be unsustainable," he said in a public letter.
MORE REPORTS