While a uniform tax rate would disable low-income and developing countries wanting to preserve or enhance their corporate tax base and mobilise revenue, the G7 is more concerned about the shift of income from intangible sources such as drug patents, software and royalties on intellectual property to these low-tax jurisdictions 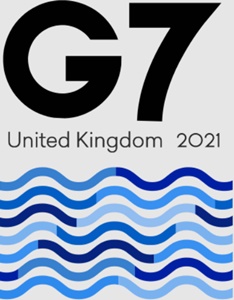 A new proposal by the Group of Seven (G7) for a uniform tax rate for global corporates like Google and Microsoft could effectively limit the scope of fiscal policy choices for the developing and low income countries, placing them at an even level with the rich countries.
Major economies are aiming to discourage multinationals from shifting profits – and tax revenues – to low-tax countries regardless of where their sales are made.
The G7 is worried over the shift of income from intangible sources such as drug patents, software and royalties on intellectual property to these low-tax jurisdictions, allowing companies to avoid paying higher taxes in their traditional home countries.
While global tech giants like Facebook welcomed the deal to set the tax floor low, campaign group Oxfam slammed the deal as inadequate.
“It’s absurd for the G7 to claim it is ‘overhauling a broken global tax system’ by setting up a global minimum corporate tax rate that is similar to the soft rates charged by tax havens like Ireland, Switzerland and Singapore. They are setting the bar so low that companies can just step over it,” Oxfam said.
“Stopping the explosion in inequality caused by Covid-19 and tackling the climate crisis will be impossible if corporations continue to pay virtually no tax …. This is not a fair deal.”
Interestingly, a report published by the International Monetary Fund (IMF) has backed the G7 proposal for a global taxation policy, setting tax rate at a low floor, at least for the multinational corporate - a move that the world’s richest nations say, would help close the cross-border tax loopholes used by some multinational corporations.
Under the uniform tax proposal, global firms like Google, Amazon and other tech giants will be taxed at a prescribed rate in all countries where they operate. The G7 agreement says that other countries should repeal their unilateral digital taxes in favour of a low global tax rate.
The seven world’s richest nations hope to coax finance ministers of the expanded Group of 20 (G20) nations to reach a final agreement on uniform tax rate for global firms, at a July gathering.
By setting the tax floor at a low 15 per cent at the global level, the G7 hopes to reduce the incentives for large multinational firms to shift profits to low-tax jurisdictions and thereby reverse decades of falling corporate tax revenues.
A uniform tax rate would, however, disable low-income and developing countries wanting to preserve or enhance their corporate tax base and mobilise revenue.
The IMF study, however, says that a minimum tax rate is associated with an increase in the average effective tax rate, ie, the tax rate actually paid by corporations after taking into account tax breaks, which is estimated at just over 1.5 percentage points with respect to turnover and around 10 percentage points with respect to profits.
That view excludes the requirements of growing and low-income economies that need extra gains from taxation to ensure economic growth.
The IMF study also claims that countries with turnover-based minimum taxes have outperformed those without minimum taxes, collecting nearly 1 per cent more of GDP as revenue.
This, in effect, translates into an average of 0.2 and 0.9 per cent of GDP in additional revenue on top of a median corporate income tax-to-GDP ratio of 2.7 per cent for the median country, says the IMF study.
While a proliferation of multiple rates, along with incentives, preferences and deterrents cause costly distortions and result in low revenues by encouraging tax avoidance and evasion, a minimum rate structure limits scope for reforms to broaden the corporate tax base for lesser economies.
A uniform rate of taxation will only help widen income inequalities among nations, especially between the high income and developing and low-income countries, regions, genders, ethnicities, and generations.
The Group of Seven is an informal grouping of countries such as Canada, France, Germany, Italy, Japan, the UK and the United States. European Union representatives also attend. Its decisions are not legally binding, but leaders can use the forum to exert political influence.
MORE REPORTS