A meeting of G20 finance ministers and central bank governors (FMCBGs) on Friday (13 November 2020) agreed on a common framework for restructuring sovereign debt, amidst a worsening of the debt levels that saw some poorer nations failing to even service debt. 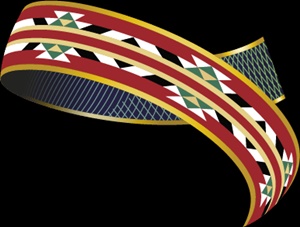 With the Covid-19 pandemic straining the finances of developing countries, G20 finance ministers said that more help was needed than a current temporary debt freeze, which will be extended until 30 June 2021.
FMCBGs endorsed the “Common Framework for Debt Treatments beyond the DSSI” and continue to focus on supporting vulnerable countries in their fight against the Covid-19 pandemic and its health, social and economic impacts.
Recognising that members are in different stages of responding to the Covid-19 pandemic and that the global economic outlook continues to evolve, the FMCBG on 14 October 2020 endorsed updates to the G20 Action Plan - Supporting the Global Economy through the Covid-19 Pandemic.
This included extending the DSSI by six months to 2021 and examining, by the time of the 2021 IMF/WBG Spring Meetings, if the economic and financial situation requires the extension of the DSSI for another six months.
Additionally, given the scale of the Covid-19 crisis, the significant debt vulnerabilities and deteriorating outlook in many low-income countries, G20 FMCBGs endorsed the previous meeting’s consensus that debt treatments beyond the DSSI might be required on a case-by-case basis. In this context, they agreed on a “Common Framework for Debt Treatments beyond the DSSI.”
“Given the scale of the Covid-19 crisis, the significant debt vulnerabilities and deteriorating outlook in many low-income countries, we recognise that debt treatments beyond the Debt Service Suspension Initiative (DSSI) may be required on a case-by-case basis. In this context, we endorse the “Common Framework for Debt Treatments beyond the DSSI” (Annex I), which is also endorsed by the Paris Club.
“We remain committed to implementing the DSSI, in close coordination, to provide maximum support to DSSI-eligible countries. All official bilateral creditors should implement this initiative fully and in a transparent manner. We also discussed outstanding issues related to the DSSI and agreed on the extended version of the addendum to the April 2020 DSSI Term Sheet as set forth in Annex II, which is also agreed by the Paris Club,” G 20 stated in a brief issued on Friday.
The Paris Club, which is organised by the French finance ministry, and G20 countries had already agreed last month to extend this year’s debt freeze under which they deferred $5 billion in debt servicing to help the world’s poorest countries.
Major creditors, including China, are expected to follow the joint guidelines agreed by the G20, which lays out how debt deemed to be unsustainable can be reduced or rescheduled.
China, which accounted for 63 per cent of overall debt owed to G20 countries in 2019, was reluctant to acknowledge the need for outright cancellation or reduction of debts.
Beijing had tried to wriggle out of any debt write-off deal by defining state-owned China Development Bank as a private institution. While China also signed the pact, the implementation would be difficult.
The G20 announcement allows for, but discourages outright debt cancellation, and did not create a mechanism to compel private sector participation.
With the coronavirus crisis exacerbating financial problems for the poorest countries, reports say 50 per cent of these countries are now in distress.
IMF managing director Kristalina Georgieva last week said African states alone faced a financing gap of $345 billion through 2023 to deal with the pandemic and its economic impact. Zambia is reported to be on the brink of becoming Africa’s first Covid-era sovereign default.
“I count on everyone’s constructive spirit to ensure swift and cooperative implementation of the common framework, with several countries already asking for debt treatments, in particular in Africa,” French Finance Bruno Le Maire told his G20 counterparts during an online meeting.
Under the new framework, which is in line with the debt restructuring rules established by the Paris Club, creditor countries will negotiate the terms with a debtor country, while seeking similar treatment by private sector creditors as well.
The G20 finance ministers said in a joint statement that the new framework aims “to facilitate timely and orderly debt treatment” for countries eligible for the debt payment freeze put in place in April, but which only included private sector creditors on a voluntary basis.
“From now on all interested parties must ensure to implement the common framework. Debt transparency is extremely important,” Japanese finance minister Taro Aso told reporters after a G20 conference call, describing the agreement as “historical”.
“This announcement falls far short of what is needed to tackle the wave of debt crises in poorer countries,” he said.
“With many countries facing debt crises and Zambia today on the verge of default, the G20 need to stop kicking the can down the road,” he added.
The new debt reconstruction framework, however, fails to offer any relief to middle-income countries that are expected to be among the worst-hit by the Corona virus pandemic.
MORE REPORTS