Russian Prime Minister Dmitry Medvedev said on Wednesday that his government was resigning to give President Vladimir Putin room to carry out the changes he wants to make to the constitution. 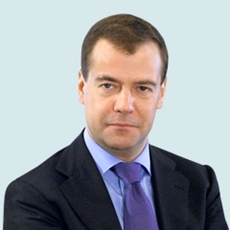 Medvedev made the announcement on state TV sitting next to Putin who thanked Medvedev, a close ally, for his work, state news agency Tass said.
Media reports said Putin wanted to appoint Mikhail Mishustin, the head of Russia’s Federal Tax Service, as the new prime minister.
Reports say possible candidates may also include Moscow mayor Sergei Sobyanin, economy minister Maxim Oreshkin, or energy minister Alexander Novak.
The move is allegedly intended to help President Putin carry out sweeping constitutional changes he spoke about during his annual address just hours earlier.
In his annual address to the Federal Assembly in Moscow on Wednesday (15 January 2020), Putin proposed a nationwide vote on sweeping changes that would shift power from the presidency to parliament, which also means Russia will get a new, powerful, prime minister.
Medvedev would take a new assignment as deputy head of Russia's Security Council, which Putin presides.
Putin asked for the outgoing government to remain at work until a new government was appointed.
“For my part, I also want to thank you for everything that was done at this stage of our joint work, I want to express satisfaction with the results that have been achieved,” Putin told a meeting of ministers, according to Tass.
“Not everything was done, but everything never works out in full,” Putin said.
The Russian leader proposed a national vote on constitutional changes that would push power toward the prime minister and the parliament, and away from the presidency. It’s seen as potentially limiting the power of Putin’s successor if he steps down in 2024.
“After those amendments are adopted ... there will be significant changes not only to a variety of constitution articles, but to the balance of power, namely to the executive, legislative and judicial branches of power,” Tass quoted Medvedev as saying.
Putin, 67, has led Russia for two decades as either prime minister or president, shifting between the roles in the current Russian constitution that prevents someone from serving more than two consecutive terms as president.
But the latest move could be a way for him to circumvent or scrap that rule entirely as his fourth term in office is due to end in 2024.
With the changes, Putin hopes to be choose loyalists to be put in power positions in his new government while preparing to transition to a PM position with enlarged powers in 2024.
MORE REPORTS