United States and China on Wednesday signed a landmark Phase 1 trade agreement that will end simmering dispute between the two leading economies, at least for the near future. 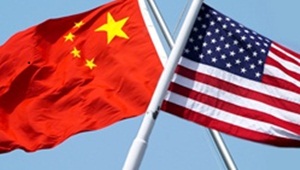 The initial trade deal will roll back some tariffs on Chinese goods and boost Chinese purchases of US goods and services, defusing an 18-month conflict.
Beijing and Washington see their "Phase 1" agreement as a momentous step after months of staggered negotiations and tit-for-tat tariffs.
"Together we are righting the wrongs of the past and delivering a future of economic justice and security for American workers, farmers and families," US President Donald Trump said in partisan remarks at the White House alongside Chinese Vice Premier Liu He and other officials.
Trump said with the signing of a new, fully-enforceable Phase 1 trade agreement with China, he is making good on his promise to fix the failed policies of the past and deliver fairer trade for the United States.
“This historic agreement will begin to rebalance our vital trade partnership with China and benefit both of our countries. The signing of this agreement will be an incredible boost for American businesses, farmers, manufacturers, and innovators,” Trump stated in a White House release.
China has agreed to make significant structural reforms in a wide range of critical areas. Importantly, the reforms included in the agreement are fully enforceable and include a strong dispute resolution system to ensure effective implementation and enforcement.
For the first time, China agreed to end its practice of forcing foreign companies to transfer their technology to Chinese companies in order to gain market access.
China will address numerous longstanding intellectual property concerns in the areas of trade secrets, trademarks, enforcement against pirated and counterfeit goods, and more, the release stated.
China also agreed to strong commitments on currency practices like currency devaluations and exchange rates, it said, adding that the agreement will help level the playing field for America’s innovators to compete and win, it added.
The President said the agreement addressed a wide range of trade and investment barriers that have prevented American financial services companies from being able to compete in China.
The agreement also addresses structural barriers that have unfairly limited United States food and agricultural exports and includes significant commitments by China on accepting United States agricultural biotechnology products.
“This agreement will begin rebalancing our trade relationship with China and provide new opportunity for American businesses and farmers. As a part of the new agreement, China has pledged to increase imports of American goods and services by at least $200 billion. China’s increase in United States imports will take place over the next 2 years, and the trajectory is expected to continue even after 2021.
Besides, China will be making purchases of United States manufactured goods, agriculture, energy, and services. Under the deal, China has agreed to purchase between $40 and $50 billion in American agricultural goods each year for two years – providing a massive boost to America’s farmers.
For China, under the Phase 1 deal, arrived at in December, the US has cancelled planned tariffs on Chinese-made cellphones, toys and laptop computers and halved the tariff rate to 7.5 per cent on about $120 billion worth of other Chinese goods, including flat panel televisions, Bluetooth headphones and footwear.
But, it will leave in place 25 per cent tariffs on a vast, $250 billion worth of Chinese industrial goods and components used by US manufacturers.
The eight-part agreement essentially eases the two-year trade wrangling that has disrupted global supply chains and cut global growth. A host of difficult issues, which have been at the heart of the trade battle, including Chinese subsidies to domestic companies and the behaviour of Chinese state-owned firms, will be dealt with in later rounds of talks, which aren’t expected to conclude until after the US presidential election in November.
Trump, who has been touting the Phase 1 deal as a pillar of his 2020 re-election campaign said he would agree to remove the remaining tariffs once the two sides had negotiated a "Phase 2" agreement. He added that those negotiations would start soon.
He also said he would visit China in the not-too-distant future.
MORE REPORTS