Finland's Social Democratic Party (SDP), one of the five parties that form the coalition government, has picked 34-year-old Sanna Marin to be the country's youngest Prime Minister. 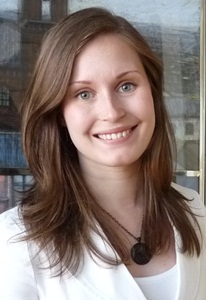 Marin, 34, who is the party’s deputy leader would be the Nordic nation’s youngest ever leader if confirmed by parliament in a vote likely to occur next week.
“Now we have to look ahead,” Marin said, having defeated rival Antti Lindtman in a party vote. “We have a lot of work to do to restore confidence, but we have a joint government programme.”
Marin, who is currently the Finnish minister of transport and Communications, narrowly won over Antti Lindtman, the 37-year-old chairman of the Social Democratic Parliamentary Group, in a vote of 32-29, Xinhua news agency reported.
The vote was carried out at the Social Democratic Party Council on Sunday evening. The results of the vote were announced in a nationally-televised broadcast.
The position of the prime minister became vacant as the cabinet under former Prime Minister Antti Rinne had to resign following the loss of confidence in him of one of the coalition partners, the Centre Party.
The previous coalition composition will continue. The five parties met on Sunday afternoon and pledged adherence to the program of the outgoing cabinet. The coalition comprises the Social Democrats, the Centre, the Greens, the Left Alliance and the Swedish People's Party.
The new ministry will formally take charge later tomorrow. Local media said President Sauli Niinisto is likely to appoint the new government on Tuesday.
Marin is also SDP deputy chair, who led the party during Rinne's extended sick leave last winter. Marin is also a member of parliament.
She came to prominence in during the municipal election in Tampere, the second largest town in Finland. She was the chairperson of the City Council of Tampere from 2013 to 2017.
Marin has a master's degree in Administrative Sciences in Tampere University.
MORE REPORTS