The US Immigration and Customs Enforcement (ICE), a federal law enforcement agency, has arrested 90 foreign students, mostly from India, who had been enrolled in a fake university. 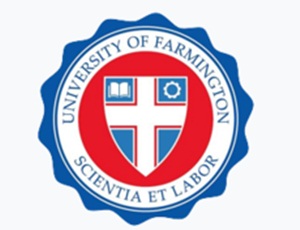 The US Department of Homeland Security used the fake university, set up as a bait for overseas students, only to get tem arrested by a federal law enforcement agency, according to a report in the Detroit Free Press.
The students had been lured into enrolling at the now-closed University of Farmington in the Detroit metropolitan area under a sting operation by the Department of Homeland Security.
The students had arrived in the US legally on student visas to attend the University of Farmington, which purportedly offered students lucrative graduate programmes in technology and computer studies. However, in January when the university was revealed to be fake, fabricated and staffed by undercover agents working for the Department of Homeland Security, the students lost their immigration status.
The agency has now confirmed that it used the trap to arrest about 250 students between January and July this year for violating immigration law and the terms of their visas.
The law required the students to be enrolled full time at a federally accredited educational institution for their studies.
Federal prosecutors claim that students should have known the university was not legitimate.
Most of the arrested students have either been deported back to India or are currently contesting their removal.
The US Immigration and Customs Enforcement (ICE) was created in 2003 by the Bush administration as an agency under the newly formed Department of Homeland Security.
Most of the arrested students have either been deported back to India or are currently contesting their removal, barring one student who has been granted the status of a lawful permanent resident status by an immigration judge.
The Detroit Free Press citing a statement issued by the Detroit office of ICE’s Homeland Security Investigations (HSI) said that of the 250 students arrested, “nearly 80 per cent were granted voluntary departure and departed the United States”.
The enrolled students at the university were allowed to work in the US via an F-1 visa programme for foreign students. Some of the students had transferred to the University of Farmington after their previous schools had lost their accreditation which allowed the students to maintain an immigration status that permitted them to legally remain in the US.
After undercover ICE agents got accreditation for the University of Farmington, they offered cash incentives to recruiters for signing up almost 600 students between February 2017 and January 2019. Seven of the eight recruiters who have been criminally charged for conspiracy to commit visa fraud and harbouring aliens for profit by the US Attorney for the Eastern District of Michigan have pleaded guilty and have been sentenced in Detroit.
The University of Farmington allegedly collected about $12,000 on average in tuition and fees per year from the students. As of now, no lawsuit or claim has been filed against the US government for collecting the money or for allegedly entrapping the students.
A Texas attorney who represented some of the arrested students told the Detroit Free Press that the US had “trapped the vulnerable people who just wanted to maintain (legal immigration) status”.
MORE REPORTS