US seeks to build an Asia-Pacific rival to RCEP

The United States has sought to build a parallel economic block comprising countries of the Asia-Pacific region at a summit alongside the not-so-successful Asian Regional Comprehensive Economic Cooperation (RCEP) talks in Bangkok, Thailand. 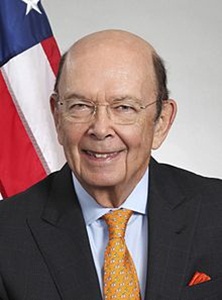 In remarks made at the export and investment promotion session of the Indo-Pacific Business Development Mission early this week, US commerce secretary Wilbur L Ross said the United States in increasingly looking at East Asia as the most consequential region for America’s future.
“We are all here today in Bangkok because we know that the Indo-Pacific is the single most consequential region for America’s future. President Trump has made US engagement with the 35 countries of the Indo-Pacific region a top priority of the US government,” he said.
Ross mentioned his recent trip covering New Delhi, Bangalore, Singapore, Sydney, and Canberra and President Donald Trump’s idea of a free and open Indo-Pacific, in which all countries prosper as sovereign, independent states, enunciated first while President Trump was in Vietnam in 2017.
Ross said he had travelled to Bangkok, Hong Kong, and Vientienne over the past two years. He said after joining Vice President Pence in Tokyo where we initiated the Japan Economic Dialogue, he will head from Bangkok to Jakarta and Hanoi.
The US commerce secretary, who himself is a businessman, said in his earlier private business life, he had businesses in Thailand, Vietnam, Japan, and India.
On this trip to Bangkok, Ross is accompanied by 40 executives from American companies. He said the trade delegation will travel to Indonesia, and then to Vietnam later in the week to continue efforts to increase trade and investment opportunities for American companies in these countries and the wider region.
“The Trump Administration is extremely engaged and fully committed to this region for a simple reason: The United States is an Indo-Pacific Nation,” Ross pointed out.
Two-way trade between the US and the Indo-Pacific region increased by almost 6 per cent last year to a record of almost $2 trillion. This amount is larger than the economies of all but eight countries in the world. That two way-trade figure of $2 trillion far surpasses US trade with Europe, at $1.5 trillion; US trade with South and Central America, at $1.2 trillion; and US trade with Africa, at $89 billion.
The trade between the United States and the Indo-Pacific strengthens and deepens bonds, both commercial and cultural. Millions of people from the region live in the United States, and it is a growing community. For example, the US Asian population grew by more than 70 per cent between 2000 and 2018, to more than 22 million. And there were more than 555,000 Asian-American owned companies with paid employees in the US generating almost $700 billion in revenue in 2016.
Cumulative stock of foreign direct investment between the United States and the Indo-Pacific increased by 5.9 per cent in 2018, to $1.6 trillion. The United States is the largest source of FDI in the Indo-Pacific Region, with a total investment at the end of last year valued at nearly $866 billion. That is far more than China’s foreign direct investment in the region, which was $504 billion in 2017, of which $381 billion went to Hong Kong, and only $123 billion to the rest of the region, Ross pointed out.
According to FDI Markets, the number of US-announced green field projects in the Indo-Pacific Region rose by 23 per cent last year, to 1,022. ASEAN is the number-one US investment destination in the Indo-Pacific for American companies. With a cumulative $271 billion invested, there is $29 billion more US FDI in ASEAN than in China and Japan combined. US trade in goods and services with ASEAN reached $334 billion last year.
A recent FDI example was Walmart’s 77 per cent stake in FlipKart for $16 billion, the largest direct investment in India’s history. Another was Las Vegas Sands’ $3.3 billion plan in Singapore for a new 15,000 seat entertainment arena and a 1,000-suite hotel.
Meanwhile, FDI from the Indo-Pacific Region into the United States was valued at $785 billion. Indian steel producer JSW recently invested $500 million in a   facility in Mingo Junction, Ohio. Japanese and Korean companies have invested nearly $54 billion in the US auto industry through the end of 2018. And, Ross said, another big announcement will be made today at the event, adding that the United States and the Indo-Pacific Region are inseparable, partially thanks to this deep financial commitment, and the vast amounts of daily individual interactions and relationships.
MORE REPORTS