The European Central Bank (ECB) has cut its interest rates further in move towards an expanded stimulus programme, inviting criticism from US President Donald Trump of undercutting the value of the Euro and “hurting US exports.” 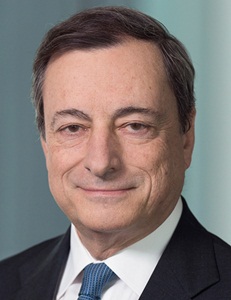 “European Central Bank, acting quickly, cuts rates 10 basis points. They are trying, and succeeding, in depreciating the Euro against the VERY strong dollar, hurting US exports.... And the Fed sits, and sits, and sits. They get paid to borrow money, while we are paying interest!” Trump tweeted about half an hour after the ECB’s policy announcement.
The governing council of the ECB at its monetary policy meeting on Thursday decided to lower the interest rate on its deposit facility by 10 basis points to (-) 0.50 per cent. The interest rate on ECB’s main refinancing operations and the rate on the marginal lending facility will remain unchanged at their current levels of 0.00 per cent and 0.25 per cent, respectively, the European Union’s central bank said.
The governing council now expects the key ECB interest rates to remain at their present or lower levels until it has seen the inflation outlook robustly converge to a level close to, but below, the projected 2 per cent.
ECB will restart bond purchases under its asset purchase programme (APP) at a monthly pace of €20 billion beginning 1 November. The ECB will keep asset purchases running as long as necessary to reinforce the accommodative impact of its policy rates, but will end it shortly before it starts raising the key ECB interest rates.
Reinvestments of the principal payments from maturing securities purchased under the APP will continue, in full, for an extended period of time past the date when the Council starts raising the key ECB interest rates, and in any case for as long as necessary to maintain favourable liquidity conditions and an ample degree of monetary accommodation, the bank said.
The ECB’s announcement pushed the euro down sharply against the dollar, with the European common currency hitting its lowest level in more than two years, before recovering all losses as market started doubting the central bank’s new bond-buying plan.
MORE REPORTS