Almost all major trading nations, including China, Germany and even tiny Singapore, are smarting under the pressures of a prolonged impasse in global trade that has slowed economies across the globe. 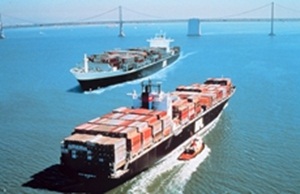 China reports slowest economic growth since 1990 amidst a standoff with the United States while slumping exports sent Germany’s economy into reverse in the second quarter, with prospects of an early recovery slim as its manufacturers struggle amidst a global slowdown.
Overall output fell 0.1 per cent quarter-on-quarter, data showed on Wednesday. Germany’s economy minister said action would be needed to prevent a second consecutive quarter of contraction that would tip the country into recession.
The global slowdown, reinforced by Chinese industrial output expanding at its lowest rates in 17 years in July, has broadly impacted the euro zone, where corresponding data showed second quarter growth halved to 0.2 per cent.
Industrial production in China grew just 4.8 per cent in July compared to a year earlier, according to China's National Bureau of Statistics. That's the worst growth for that sector in 17 years.
The United States announcement on Tuesday that it would postpone new tariffs on several categories of Chinese-made consumer goods until December, instead of applying them in September as originally planned, while providing some reprieve in the trade war, is unlikely to reverse the slump in China’s manufacturing sector.
Singapore, which mainly depends on trade to keep its economy kicking, has been hit hard by the Sino-US trade war, which has disrupted world supply chains in a blow to business investment and corporate profits.
"Obviously, it feels like the storm is coming if you look at the whole macroeconomic fundamentals softening," said Selena Ling, head of treasury and strategy at OCBC Bank.
More importantly, China’s retail sales growth, a measure of consumption demand, was at a worse than expected 7.6 per cent in July against 8.6 per cent in the year earlier.
The pressures of slowing growth may force Beijing to cede to US demands and might give greater incentives to make larger comprises in any trade deal with the United States. China's central bank might also be pressured to cut interest rates, as other global central banks have done, say reports.
Singapore slashed its full-year economic growth forecast on Tuesday as global conditions were seen worsening and data confirmed the slowest growth rate in a decade amid mounting fears of recession in the city-state.
The government cut its forecast range for gross domestic product in Singapore - often seen as a bellwether for global growth because international trade dwarfs its domestic economy - to zero to 1 per cent from its previous 1.5-2.5 per cent projection.
Singapore’s trade ministry flagged a host of growing economic risks, including Hong Kong's political situation, the Japan-Korea trade dispute, the Sino-US tariff war, slowing growth in China and Brexit.
"Looking ahead, GDP growth in many of Singapore's key final demand markets in the second half of 2019 is expected to slow from, or remain similar to, that recorded in the first half," the trade ministry said in a statement on Tuesday.
New Zealand, India and Thailand all cut interest rates last week, signalling major concerns about the outlook for economic growth. Last month, the U.S. Federal Reserve cut interest rates for the first time since 2008.
MORE REPORTS