African leaders on Sunday announced the launch of a continental free-trade zone that would bring together 1.3 billion people and create a $3.4 trillion economic powerhouse, helping to forge a new path for development within the African Union. 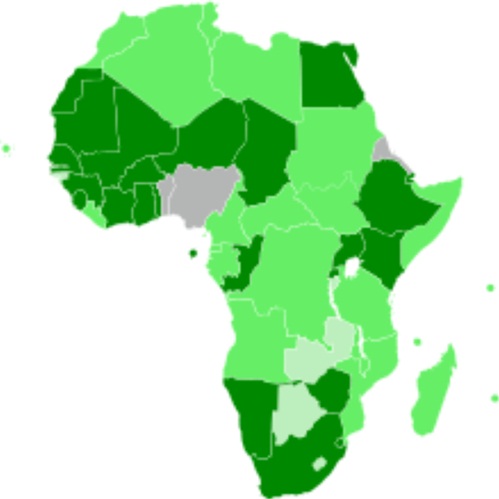 Leaders at the African Union summit in Niger announced the launch of the 55-ation trade bloc, where Ghana was announced as the host of the trade zone's future headquarters and discussions were held on how exactly the bloc will operate.
After four years of talks, an agreement to form a 55-nation trade bloc was reached in March, the summit in Niger will also set a date for trading to begin in the African Continental Free Trade Area (AfCFTA).
The African free Trade bloc also got a fresh boost with Nigerian President Muhammadu Buhari signing an agreement to join the $3 trillion free trade agreement ahead of the summit
Buhari called on the continent’s nations to band together to attract investment, grow local manufacturing and combat smuggling.
The deal to form a pan-African trade bloc has been signed by 52 of the continent’s 55 states, although only 25 have ratified it so far. The bloc aims to ultimately remove trade barriers and tariffs between members.
It is hoped the African Continental Free Trade Area (AfCFTA) - the largest since the creation of the World Trade Organization in 1994 - will help unlock Africa's long-stymied economic potential by boosting intra-regional trade, strengthening supply chains, and spreading expertise.
"The eyes of the world are turned towards Africa," Egyptian President and African Union Chairman Abdel Fattah el-Sisi said at the summit's opening ceremony.
"The success of the AfCFTA will be the real test to achieve the economic growth that will turn our people's dream of welfare and quality of life into a reality," he said.
Africa, however, has a long way to catch up with other trade blocks in intra-regional trade. Trade within the African Union nations accounted for just 17 per cent of exports in 2017 against 59 per cent in Asia and 69 per cent in Europe.
Trade within Africa is also hampered by poor infrastructure like roads and railways and lack of an effective communication network, besides corruption and pockets of strife that deter growth and integration.
Under the AfCFTA, members have committed to eliminating tariffs on most goods, which will increase trade in the region by 15 to 25 per cent in the medium term.
If nations also succeed to effectively deal with other non-trade issues as well, inter-regional trade would more than double, according to International Monetary Fund (IMF) estimates.
The IMF in a report in May described the free-trade zone as a potential "economic game changer" of the kind that has boosted growth in Europe and North America, but it added a note of caution.
Africa already has various competing and overlapping trade zones - ECOWAS in the west, EAC in the east, SADC in the south and COMESA in the east and south- and these blocs will continue to trade within the AfCFTA.
However, except the EAC, which is driven mainly by Kenya, none other trade bloc has made significant progress towards a common market.
MORE REPORTS