European Union has offered Britain six more months to complete the process of its planned exit from the union with most of the 27 European leaders gathered in Brussels, including German Chancellor Angela Merkel, even ready to postpone Brexit for up to a year. 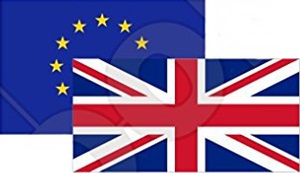 If the British parliament accepts the extension secured by Prime Minister Theresa may and London remains in the European Union after 22 May, British voters will have to take part in European parliamentary elections.
But, if the 6-month extension, which is subject to conditions, help Britain and the continent from the ill-effects of a chaotic no-deal departure at the end of this week, it would be worth it, EU leaders said.
While most European leaders accepted the Brexit extension, France's President Emmanuel Macron strongly opposed the idea, but settled for a promise that the delay will be reviewed at an EU summit on 22 June.
"EU27 has agreed an extension of Art. 50. I will now meet PM @theresa_may for the UK government's agreement," EU Council president Donald Tusk tweeted as May returned to the summit to give her verdict on the plan.
Most of the 27 European leaders gathered in Brussels, including German Chancellor Angela Merkel, had backed a plan for Brexit to be postponed for up to a year.
But as the talks went late into the night, Macron - with backing from Belgium, Austria and some smaller EU states - held out for a short delay of only a few weeks and demanded solid guarantees that London would not interfere in EU business during that time.
EU members want to ensure that a semi-detached Britain should not be allowed to take part in choosing the next head of the European Commission or preparing the next multi-year EU budget.
"If the withdrawal agreement is ratified by both parties before this date, the withdrawal will take place on the first day of the following month," the draft stated.
May has already said that if Britain is still an EU member when the European parliamentary election begins on 23 May, UK voters will take part. But some EU leaders are unconvinced that she is sincere, despite one official telling reporters her presentation had been "solid".
Without a postponement, Britain would be due to end its 46-year membership of the European Union at midnight (2200 GMT) on Friday with no deal, risking economic chaos on both sides of the Channel.
May agreed a divorce deal with the EU last November but MPs in London have rejected it three times, forcing her to turn to the main opposition Labour party in a bid to find a way through.
May told EU leaders that she wanted Britain to leave the EU “as soon as possible".
"I've asked for an extension to June 30 but what is important is that any extension enables us to leave at the point at which we ratify the withdrawal agreement," she said.
She said she still hoped to leave the EU on 22 May, the last day before Britain must hold European Parliament elections.
But, she said, for as long as Britain is in the EU, it must take part in bloc elections for them to be valid.
This is the second extension that EU leaders are offering Britain to pursue its own course outside the union. The first extension from 29 March to 12 April ends tomorrow.
MORE REPORTS