The United States has given shape to a new international development agency combining the Overseas Private Investment Corporation (OPIC) and the US Agency for International Development’s (USAID) Development Credit Authority. 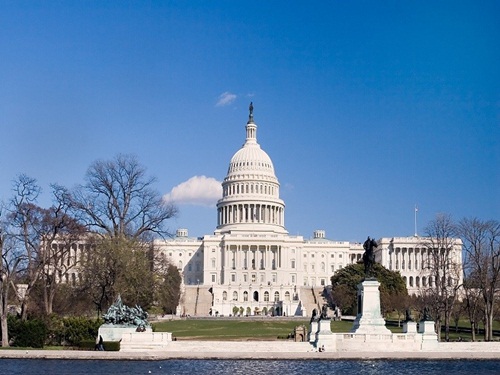 The DFC has new development finance capabilities, including equity authority, and a higher lending limit than its predecessor.
The US International Development Finance Corporation, which has a corpus of $60 billion, will be able to make equity investments in the private sector in overseas projects, according to US government officials.
“The DFC will be able to make equity investments for the first time and do technical assistance and feasibility studies on potential investments that will help with identification of deals early in the process. It will be able to provide political risk insurance and political loan guarantees to help support a more active US commercial presence in the region,” Thomas L Vajda, acting deputy assistant secretary, Bureau of South and Central Asian Affairs, said.
The establishment of the US International Development Finance Corporation follows the Senate passing the Better Utilisation of Investment Leading to Development, or BUILD Act, on 4 October 2018.
The Trump administration had recommended eliminating OPIC in its first budget. The agency operated without a long-term reauthorisation for more than a decade and previous attempts, the latest being in 2015, to reauthorise OPIC had failed.
But a dedicated bipartisan group of lawmakers, administration officials, advocates, and think tank experts finally succeeded in creating a more efficient agency that would help counter China’s growing influence.
By replacing the Overseas Private Investment Corporation, the DFC also unlocked over $30 billion in additional funding to facilitate private sector investments globally.
There is, however, no clarity as to where USAID’s Office of Private Capital and Microenterprise and its Enterprise Funds will end, along with details about personnel, assets, and functions of the new DFC. OPIC has already been working with USAID’s DCA on fiscal year 2020 budget requests and USAID was expected to play a key role in the discussions about the new institution.
The administration, likely led by OPIC, will have to work on a number of policy issues related to the new authorities or instruments the DFC will have. This includes creating criteria for the use of equity investments, how it will use technical assistance grants, what framework it will use to decide if it will make a local currency loan, and when it will invest in non-US businesses or projects, which is also new.
Vajda, meanwhile, said the US was “concerned” about India’s data localisation law and the new e-commerce regulations.
“Even as we look to help support and incentivise US overseas presence, we think it’s equally important that there be a sound enabling environment for foreign direct investment (FDI) and foreign commercial activity and so we are concerned about the data localisation law and the new e-commerce regulations that didn’t take fully into account the needs of all stake holders, including American and other foreign companies. From our perspective, it’s in India’s interest when it undertakes these new policies to undertake this outreach to all stake holders and think very carefully about the impact on the overall business environment for American companies and other foreign firms. We again stand ready to work with India to have open communication about some of its policy initiatives to promote open and transparent business environment,” Vajda said.
OPIC policies and procedures, along with its leadership, will transfer to the new agency, though the top posts may need to be re-confirmed by senate.
MORE REPORTS