May gets cabinet nod for draft Brexit deal, to face Parliament now

Britain and the European Union have agreed on a draft deal that would lead to the exit of the United Kingdom from the larger European Union and British Prime Minister Theresa May on Wednesday won the backing of the cabinet for a draft Brexit deal, but the road ahead looked more perilous as legislators refuse to back a deal that offered nothing for Britain. 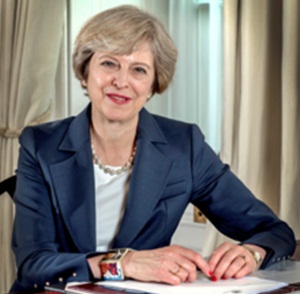 “The collective decision of cabinet was that the government should agree the draft withdrawal agreement and the outline political declaration,” she said, after a five-hour meeting,” May told reporters outside her Downing Street residence.
Addressing a gathering that included protesters shouting anti-Brexit slogans from the end of Downing Street, she said that she had won over her divided cabinet, which includes some senior Brexiteers.
She also said the deal, 585 pages long, was the best that could be negotiated. “When you strip away the detail, the choice before us was clear: this deal, which delivers on the vote of the referendum, which brings back control of our money laws and borders, ends free movement, protects jobs security and our Union; or leave with no deal; or no Brexit at all,” she said.
The draft Brexit agreement says both parties will “use their best endeavours” to have a future trade agreement concluded six months before the end of the transition period in December 2020, but that if this is not the case the EU and the UK could “jointly extend the transition period” for an unspecified period.
Otherwise the backstop solution for Ireland and Northern Ireland aimed at preventing a hard border would come into force. The backstop, consisting of “a single customs territory between the Union and the United Kingdom”, will apply from the end of the transition period “unless and until ... a subsequent agreement becomes applicable”.
The single customs territory would cover all goods except fishery products, and will “include the corresponding level playing field commitments and appropriate enforcement mechanisms to ensure fair competition between the EU27 and the UK”.
There would necessarily be extra non-customs checks on some types of goods passing between Northern Ireland and the rest of the UK, something that will be opposed by the Democratic Unionist party who oppose any kind of differential treatment for Northern Ireland.
The agreement says that under the backstop arrangement the UK must observe “level playing field” commitments on competition and state aid, as well as employment and environment standards and tax - measures intended to ensure that UK businesses do not undercut EU industry.
However, the agreement also says that if “either side considers the backstop is no longer necessary, it can notify the other” setting out its reasons. A joint committee must then meet within six months, and both sides must agree jointly to end the backstop.
Brussels has demanded “dynamic alignment”, which would oblige the UK parliament to simply cut and paste EU regulations as they are issued after Brexit. Britain must also transfer three EU tax directives into law – on the exchange of tax information, reporting on investment firms and the EU’s code of conduct on taxation.
“Non-regression clauses” will also prevent the UK from bringing in lower standards on social, environmental and labour regulations such as working hours.
For Brexiters who saw an exit from EU as an opportunity for more flexible tax and regulatory regime, the deal may be depressing. The future UK-EU relationship, which both sides have said requires much more work, especially when it aims to achieve a close relationship on services, including financial services, and investment in various sectors.
The EU has repeatedly said that it would only allow British seafood exporters tariff- and quota-free access to EU markets in exchange for a reciprocal agreement that EU fishing fleets can continue to operate in British waters.
The draft agreement also gives London’s financial centre only a basic level of access to the EU’s markets similar to that enjoyed by US and Japanese firms. It would be based on the EU’s existing system of financial market access known as equivalence – a watered-down relationship that Brussels has said all along was the best arrangement that Britain can expect.
While no ministers threatened to resign over the deal, which May hopes will satisfy both Brexit voters, May now faces the ordeal of trying to push her deal through parliament, where opponents lined up to tear the agreement apart.
May will need the votes of about 320 of the 650 lawmakers, to push through the Brexit plan. It is unclear whether she will muster enough votes for a plan that will pitch the world's fifth largest economy into an uncertain future.
MORE REPORTS