Bank of Japan is now larger than Japanese economy

Japan’s central bank now boasts of a balance sheet that is bigger than the entire economy, becoming the second central bank after the Swiss National Bank and the first among Group of Seven countries to own assets larger than the economy it is managing. 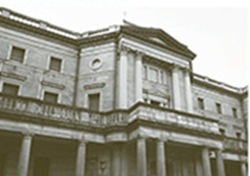 BoJ now owns assets worth 553.6 trillion yen ($4.87 trillion) that are collectively worth more than the country’s gross national product (GDP).
Japan’s nominal gross domestic product for the April-June stood at 552.82 trillion yen, as per the latest data available. The reading for July-September, due on Wednesday, is expected to show a contraction.
The asset accumulation follows half-a-decade of economy stimulation through spending spree designed to accelerate the pace of economic growth by pushing up prices.
BoJ assets are now bigger than the combined GDPs of Turkey, Argentina, South Africa, India and Indonesia and are worth more than five times the market cap of world’s most valuable company Apple Inc and 25 times the market capitalisation of Japan’s most valuable company, Toyota Motor Corp.
Central bank data released on Tuesday shows that BOJ has amassed over 5-1/2 years of what it calls “quantitative and qualitative” easing policy. These include: