American President Donald Trump finally managed to push out Attorney General Jeff Sessions, who had not blocked a probe into a possible link of the Trump presidential campaign with Russia and had recused himself from the investigation. 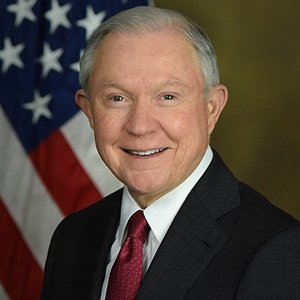 Sessions told the president that he was submitting his resignation “at your request.” Trump had been critical of Sessions for appointing Robert Mueller as the special counsel into the Russia probe, which the president was obviously keen on stopping.
The American president had in the past described Sessions as weak and someone who was not aggressively pursuing corruption charges against his Democratic rival Hillary Clinton.
Not surprisingly, after Sessions submitted his resignation, Trump announced that Matthew Whitaker would be the acting attorney general. Whitaker has been critical of Mueller and his probe into the possible links between Trump’s presidential campaign and Russia.
Last year, Whitaker had admitted in a TV interview that Sessions could be replaced with another person, who would slash the budget for the Mueller investigations and bring it to a virtual halt.
Interestingly, Session’s resignation came hours after the Republicans lost control of the House of Representatives.  However, the party has added to its majority in the US Senate.
Nancy Pelosi, the Democratic House leader, described Session’s firing as “another blatant attempt” by Trump to end the Mueller probe. She was also critical of the appointment of Whitaker.
Democrats want Whitaker to recuse himself as he had wanted limits to the probe. Preet Bharara, a former US attorney for the southern district of New York in the Obama administration, told CNN that he feared that there could be undue restriction of the Mueller investigation. “I’m very concerned,” he said. “It looks like you have someone who has prejudged the Mueller investigation.”
MORE REPORTS