Have US Green Card? You can still be deported!

In the Trump age, a Green Card is not a guarantee any morethat an immigrant will not be exiled from the country. By Ajay Sharma, President, Abhinav Outsourcings Pvt. Ltd 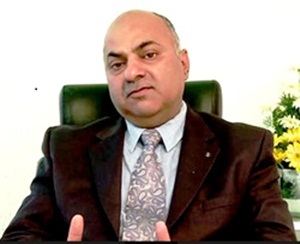 After US President Donald Trump has come into power things have become tougher and harder for the US immigration inspired candidates, and even the migrants already living in the US with a valid Permanent Resident Visa

US Citizenship and Immigration Services (USCIS) will make the Department of Homeland Security's controls tighter on immigrants, in the process, having an effect not only on the unlisted outsiders, but lawful immigrants who lose either their immigration welfares or standing.
In the Trump age, a Green Card is not any more a guarantee that an immigrant will not be exiled from the country. As per the information that we have on the subject, even the documented immigrants may presently be deported in case they infringe the laws of the federal and state schemes that provide public benefits to immigrants. Whenever you re-enter the country if a border agent finds that you are inadmissible, you may not be allowed to re-enter the country. Permanent residents who have been outside the U.S. for more than 180 days without receiving special permission may be inadmissible.
If you received a green card through marriage, you may be deported if the marriage is terminated or a fake marriage. If you go to US through business investor visa program you may get deported if you do not meet terms of your investment within the specified period of time. As per the latest guidelines implemented sometime back by the US Customs and Immigration Services (USCIS), the immigrants who misuse any plan involving the reception of public benefits will be ordered to face an immigration court.
Immigrants will be subjected to the removal processes in case there’s any proof of scam or deliberate falsification related to any official issue or petition before another administrative organization.
In such situations, the US immigration authorities will reportedly have the expanded power to issue Notices to Appear (NTA), for an enlarged number of cases, like fraud, criminal doings, or when a candidate — as mentioned before — has been deprived of an immigration benefit. Notices to Appear are basically the certificates / papers that signal the beginning of the expulsion processes.
As per the USCIS, the reviewed rule will enable its agents to refer more cases to the Immigration and Customs Enforcement (ICE) agency much more easily or issue NTA summons. The reviewed plan, however, will not affect those under protection through the Deferred Action for Childhood Arrivals act (DACA).
New Classes for Issuing NTAs
Reacting to the latest rules, some experts have reportedly issued the warning that the legal arrangement for processing the immigration cases, already embarrassingly sluggish, will slow even further as increased number of cases make their way to the immigration courts.
MORE REPORTS