Did death rate affect the 2016 US presidential elections?

A slightly different death rate in the swing states of Michigan, Pennsylvania and Wisconsin could have resulted in a different outcome to the 2016 US presidential elections. 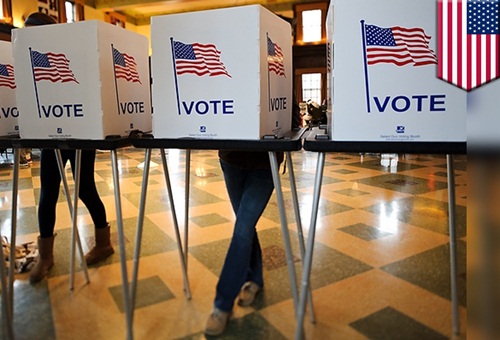 This is according to a study led by Lee Goldman and other researchers at Columbia University in the US, published in the Springer-owned Journal of General Internal Medicine. The researchers also say that death rates are important markers of the dissatisfaction, discouragement, hopelessness, and fear of cultural displacement that contributed to President Donald Trump's appeal, especially to the non-urban, white working class.
The research team used publicly available data in each of 3,112 US counties to correlate changes in a county's presidential voting in 2016 compared with 2008, and how this relates to recent changes in its age-adjusted death rate. The data sources included Dave Leip's Atlas of US Presidential Elections, census information and online data from the Centers for Disease Control and Prevention.
In 2016, President Trump increased the Republican presidential vote percentage in eight out of every ten counties compared with Senator McCain in 2008. Counties with no or slower gains in income were much more likely to vote Republican in 2016, as were ones with little or no changes in ethnic or racial diversity. These findings are in line with the notion that swing voters are often driven from one party to another because of economic and social motivations.
The team's primary analysis, as well as three alternative sensitivity analyses, found that relatively modest incremental reductions in age-adjusted, county-level death rates could hypothetically have swung Michigan, Pennsylvania, and Wisconsin and, hence, the election to Secretary Clinton. This held true even for the most conservative scenario analyzed.
"Although statistical correlation does not infer causality, modest incremental reductions in age-adjusted, county-level death rates could hypothetically have swung Michigan, Pennsylvania, and Wisconsin and, hence, the election to Secretary Clinton," says Goldman. He added that, even in the team's most conservative analysis, these reductions were plausible and potentially obtainable — 18 deaths per hundred thousand lower in Michigan (to a rate between Pennsylvania and Montana), 44 deaths per hundred thousand lower in in Pennsylvania (to a rate between Oregon and Iowa), and 67 deaths per hundred thousand lower in Wisconsin (to a rate between Minnesota and New York).
The analyses further showed that counties with a net gain in Republican votes had a 15 per cent higher age-adjusted death rate in 2015 compared to ones where Democrats gained votes. Another interesting finding was that the death rate ascribed to suicide, drugs and alcohol (so-called "deaths of despair") increased 2.5 times more in counties where more Republican votes were cast in 2016 than in 2008. Overall, a slower reduction in the age-adjusted death rate was also seen in such counties.
"President Trump over-performed in counties with higher rates of deaths of despair, which are increasing at a time when the sum of all other causes of death are decreasing," says Goldman, who notes that such deaths represent less than 5 per cent of the overall age-adjusted death rates and, do not, in and of themselves, explain a substantial proportion of the voting change.
MORE REPORTS