US, China trade war escalates with tariffs on $16bn imports as talks fail

US-China trade talks ended in a stalemate on Thursday as officials of the two countries failed to agree on how to end the trade dispute and instead escalated the ongoing trade war by activating another round of tariffs on $16 billion worth of each country's goods. 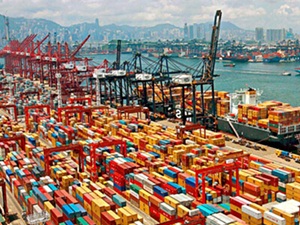 Late last night, the US imposed a 25 per cent tariff on $16 billion worth of Chinese goods coming into the US and China responded tit-for-tat, bringing the fresh tariffs on bilateral trade to $106 billion, or roughly 17 per cent of all US-China trade.
A senior Trump administration official said there are no chances for any substantial progress in the current round of US-China trade talks. "In order for us to get a positive result out of these engagements, it's really critical that they address the fundamental concerns that we have raised," the official told. "We haven't seen that yet, but we are going to continue to encourage them to address problems that we have raised."
“We concluded two days of discussions with counterparts from China and exchanged views on how to achieve fairness, balance, and reciprocity in the economic relationship,” reports quoted White House spokeswoman Lindsay Walters as saying in a brief emailed statement.
The discussions included “addressing structural issues in China,” including its intellectual property and technology transfer policies, Walters said. The mid-level Trump administration officials participating in the talks would brief the heads of their agencies on the discussions, she added.
Implementation of the latest 25 per cent tariffs on Thursday, the first after the US-China meetings in June, however, did not derail the talks, which were led by US treasury under-secretary David Malpass and Chinese commerce vice minister Wang Shouwen.
Earlier, a senior Trump administration official downplayed chances for success, saying China had yet to address US complaints about alleged misappropriation of US intellectual property and industrial subsidies.
The Trump administration is hoping to force China to make major adjustments to its economic policies, including lowering existing tariffs and curtailing the alleged theft of US intellectual property by Chinese firms. In addition, Trump wants to slash the large US trade deficit with China.
In a hardening of China's attitude to US President Donald Trump's tactics, after he threatened to impose a third round of tariffs on another $200 billion in Chinese goods, including goods ranging from food to luggage and antiques, next month, the Chinese trade delegation has reportedly told Washington there may be no substantial negotiations to avert a trade war between the two nations.
China had targeted its first, $34 billion round of retaliatory tariffs on products from key Republican states, in order to orchestrate a voter backlash at the mid-terms polls.
Chinese customs figures show imports of sorghum, a key US crop relied on for animal feed in China, fell by 62 per cent in July compared to a year ago. Corn imports fell 63 per cent compared to a year earlier, after China imposed the 25 per cent tariff on US grains on 6 July.
On the other hand, Chinese semiconductors, plastics and railway equipment will attract an extra 25 per cent tariff in the US.
US coal, gas, and many vehicles including buses and trucks will be hit with a 25 per cent Chinese tariff in the world's biggest automotive market, where tariffs on many other vehicle importers are falling.
China's commerce ministry on Friday said Wang had gone to Washington at the invitation of the US, and held "constructive and frank exchanges".
"Both parties will maintain contact for the next step arrangement."
A White House spokeswoman said the two sides had "exchanged views on how to achieve fairness, balance and reciprocity in the economic relationship, including by addressing structural issues in China".
The Global Times newspaper quoted Bai Ming, deputy director of the Ministry of Commerce's International Market Research Institute, as saying tensions may escalate if the US goes ahead with the $200 billion tariff round next month.
MORE REPORTS