China has reported a current account deficit of $28.3 billion in the first half of this year — the first in 20 years for the world's second-largest economy – on the back of rising services trade deficit and an escalating trade war with the United States. 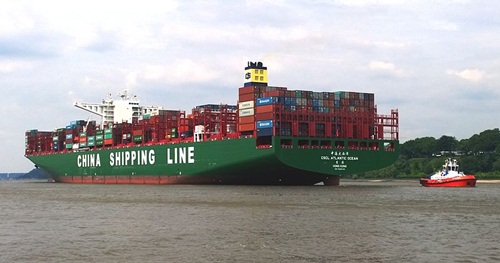 The January-June deficit, however, was lower compared to the $34.1 billion deficit reported in the first quarter, the State Administration of Foreign Exchange (SAFE) said in a statement.
Amid an escalating trade war with its biggest trading partner, the United States, China also recorded its first quarterly current account deficit in nearly 17 years this year, with its service trade posting a deficit of $147.3 billion as of end-June, up from $73.6 billion three months earlier.
China’s dream run of accumulating trade surplus as top exporter for years ended with rising spending on trips, transport, and intellectual property rights, state-run Xinhua news agency reported.
China, however, reported a $155.9 billion surplus in its goods trade in H1 2018.
Although the country's current account surplus has been steadily shrinking since the 2008 economic crisis, this is the first time that China’s spending on overseas services outpaced income generated from the sale of goods in the first half of the year.
As China moved towards increasing domestic consumption to reduce dependence on declining exports, which were the mainstay of its economic growth, the world's second largest economy also posted a lower GDP growth rate of 6.9 per cent last year. The government has fixed 6.5 per cent growth rate for this year’s.
China's overall trade and current account surpluses have fallen significantly as a percentage of its GDP since 2007. Its current account surplus declined from 9.9 per cent of GDP in 2007 to 1.3 per cent in 2017, according to the data available with SAFE.
China’s international balance of payments was within a range of equilibrium last quarter and will continue to remain reasonable in the future, SAFE stated in its release issued on Tuesday. The data also showed stable cross-border capital inflows in the second quarter.
China’s financial account maintained net inflows, with a surplus of $18.2 billion. Net foreign direct investment stood at $58.6 billion.
MORE REPORTS