The Trump administration on Monday announced $113.5 million in immediate US funding to seed new strategic initiatives in the Indo-Pacific region to counter the Chinese threat – both in the economic and defence spheres. 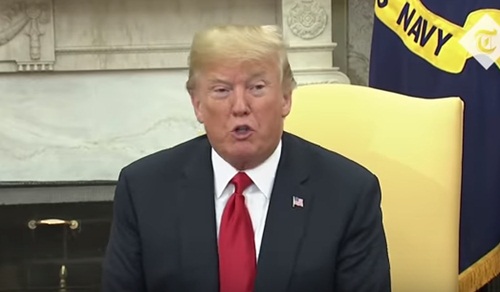 The US Department of Commerce has granted Strategic Trade Authorisation Tier 1 status to India similar to America’s Nato allies, enabling American companies to export more high-technology items under a streamlined licence exception.
The new initiatives aim at accelerating United States’ private sector involvement in the region and supporting more US export opportunities, officials said.
Announcing the initiatives at an open forum of the US Chamber of Commerce business group in Washington on Monday, Secretary of State Mike Pompeo said the US was seeking a "free and open" Asia without domination by any one country.
The announcement of new technology, energy and infrastructure initiatives in emerging Asia comes at a time of increased US trade frictions. China is pouring billions of dollars in investments into the region.
Pompeo said America was seeking a "free and open" Asia without domination by any one country, in what appeared to be a reference to China's growing economic clout and heightened tensions in the disputed South China Sea.
"Like so many of our Asian allies and friends, our country fought for its own independence from an empire that expected deference," Pompeo said, adding, "We thus have never and will never seek domination in the Indo-Pacific, and we will oppose any country that does."
The programmes will extend support for the Better Utilisation of Investments Leading to Development (BUILD) Act, to reform, modernise, and more than double development finance capacity, says a White House release.
These new strategic initiatives will focus on enhancing US private investment in the region for improving digital connectivity and cyber security, promoting sustainable infrastructure development and strengthening energy security and access, according to the release.
The Digital Connectivity and Cyber security Partnership will use public-private partnerships and technical assistance to support digital infrastructure in the Indo-Pacific.
The Infrastructure Transaction and Assistance Network will form an interagency body to coordinate efforts to assess projects, direct development finance, and give technical assistance.
Asia EDGE – Enhancing Development and Growth through Energy –  will promote energy security and access by boosting United States exports and encouraging market-based policies.
The US Department of Commerce (DOC), through Access Asia programme, proposes to dedicate 25 events, and its 2019 flagship trade mission, to connecting American firms with Indo-Pacific markets.
The Trump Administration announced a range of new economic cooperation efforts with Japan, Australia, India, and Mongolia.
The Overseas Private Investment Corporation, the US government's development finance institution, also released a statement of cooperation with Japan and Australia.
Japan, meanwhile, recently created a $50-billion fund for regional infrastructure.
DoC granted Strategic Trade Authorisation Tier 1 status to India, enabling American companies to export more high-technology items under a streamlined licence exception.
The Millennium Challenge Corporation will implement a $350-million compact with Mongolia to enhance sustainable water supply to the Mongolian capital of Ulaanbaatar.
The United States Trade and Development Agency signed an agreement on new energy development in India, and launched a liquefied natural gas cooperation programme with Japan.
The US also announced strengthened support for important regional institutions, including the Association of Southeast Asian Nations, Asia-Pacific Economic Cooperation, the Lower Mekong Initiative, and the Indian-Ocean Rim Association.
MORE REPORTS