Iranian rial falls below 110,000 a dollar as US sanctions loom

Iran’s currency rial plunged to a record low on Sunday, dropping below 110,000 to the US dollar amidst a deepening economic crisis as Iranians brace for the first wave of sanctions by the United States that would hit the nation on 7 August. 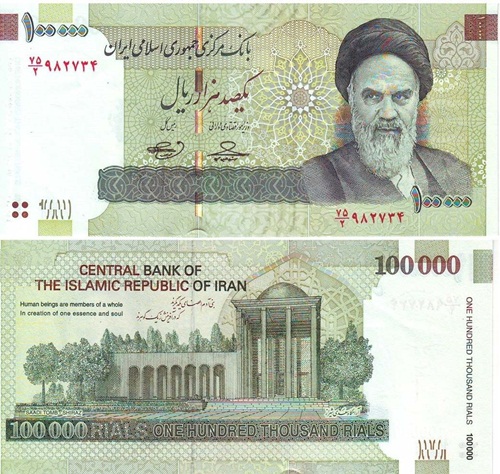 The Iranian rial hit a record low below 100,000 to the dollar amid on Sunday while the Iranian currency plunged to as much as 111,500 against the greenback on the unofficial market, down from about 97,500 rials on Saturday, according to foreign exchange website Bonbast.com.
Other websites put the exchange value of the rial at around 108,500 to 116,000 rials a dollar.
The Iranian rial is indicated at 639.81 against the Indian rupee.
Iranian media reported last week that monetary authorities had reversed an earlier decision to cut interest on bank deposits, in a bid to mop up excess cash in the economy and reverse rising inflation.
The rial has lost about half of its value since April because of a weak economy, heavy demand for dollar and the local banks’ inability to meet the demand for dollars among Iranians who fear the effects of sanctions.
Tehran tried to fix the rate at 42,000 in April, and threatened crackdown on black marketers. But trade worries about a prolonged economic downturn continued to hurt the rial.
In June, however, Tehran allowed more flexibility for certain groups of importers, according to local reports.
The United States pulled out of the 2015 deal between major world powers and Iran under which international sanctions on Iran were lifted in return for curbs on its nuclear programme (See: Irate Iran to deploy missiles after fresh US sanctions).
On 7 August 2017,  Washington decided to reimpose those sanctions, accusing Tehran of posing a security threat, and has called on countries to halt all dealings with Iran from 4 November or face US financial measures.
MORE REPORTS