Turkish President Recep Tayyip Erdogan and his ruling AK Party sailed through a high-stakes snap election with a bare majority, cementing an extension of his 15-year rule of the country. 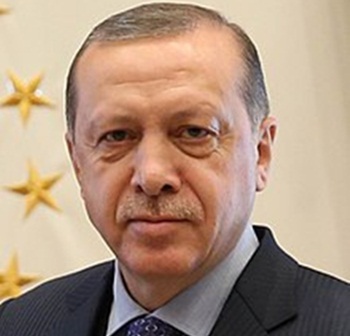 Erdogan, the longest-surviving Turkish President, will now enjoy enhanced powers, without even a prime minister, under a new constitution agreed in an April 2017 referendum strongly backed by Erdogan but opposed by his opponents who saw it as granting autocratic powers.
Last year’s narrowly-won referendum has transformed the country's parliamentary system to a powerful executive presidency, in what Erdogan’s critics called a blatant power grab.
Erdogan defeated his nearest rival Muharrem Ince with an "absolute majority" of more than half the vote without needing a second round, said the chief of Turkey's election authority, Sadi Guven.
Erdogan declared himself the winner before the election commission announced official results late on Sunday after securing 52.7 per cent of voted when more than 96 per cent of the ballots were counted, early on Sunday.
But the opposition has cried foul, claiming that state media and the election commission have manipulated the results. The main opposition candidate Muharrem Ince and his Republican People's Party (CHP) said that around half the ballot boxes had not yet been counted, calling on party monitors to stay by the ballot boxes and keep watching.
"Citizens have cast their votes and spoken clearly," Erdogan said in a victory speech in Istanbul.
"We will do more for the nation. The ongoing quarrels that took place during the campaign, we will now have to leave them behind and start serving the nation."
State news agency Anadolu — the only distrubutor of the election commission's results — reported that the President had sailed through the snap vote at 52.7 per cent, with more than 96 per cent of the ballots counted.
A spokesman for Erodgan's ruling Justice and Development Party (AKP), Mahir Unal, dismissed the accusations and warned party leaders of "harsh outcomes" to any provocations.
Erdogan has dominated Turkish politics since his rise as prime minister in 2003 and has transformed the nation. He implemented policies that encouraged sustained economic growth and development, he challenged Turkey's secular foundations by bringing Islamic conservatism to public life and he gutted public institutions by having tens of thousands of people — many of them his critics — arrested following a failed military coup in 2016.
Erdogan was forced to call snap elections 18 months early amidst soaring inflation, a plunging currency and high interest rates as the economy faltered, and the normally splintered opposition united against him for the first time in years. But the opposition lost by fielding several presidential candidates, although in the hope of splitting the vote and leaving the frontrunner with less than 50 per cent of the ballots.
Some 59 million people were eligible to vote in both presidential and parliamentary elections Sunday.
MORE REPORTS