Two years after the Panama Papers blew the lid off how the global elite, including over 500 Indians, park and move their money in and out of secret tax havens, more than 1.2 million fresh documents have emerged, which reveal new details — at least 12,000 of them linked to Indians, The Indian Express reports. 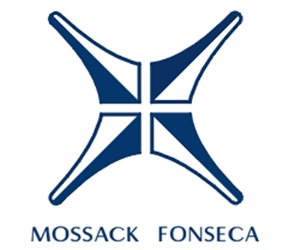 The International Consortium of Investigative Journalists – to which The Indian Express belongs – has been looking into the new trove along with German newspaper Suddeutsche Zeitung, which first blew the lid off the global scam after examining the earlier set of over 11.5 million documents in 2016.
This fresh investigation of Indian individuals and entities who figure in this new set of papers reveals how the now defunct Panamanian law firm Mossack Fonseca, which serviced their accounts, scrambled to respond to an unprecedented global crackdown — confirming in the process, the existence of several customers who had hitherto denied any links, and lifting the veil on the financial trail of new clients.
New offshore account details have emerged about an array of global elites, including soccer superstar Lionel Messi and the Argentine president’s family.
Messi, the Barcelona star who is now leading Argentina in the Russia World Cup, was already under investigation in Spain on charges that he and his father, Jorge Horacio Messi, used offshore companies in Belize and Uruguay to avoid paying millions of dollars in taxes when the Panama Papers revealed he owned yet another offshore company: Mega Star Enterprises, based in Panama.
When asked about the company in April 2016, the Messis told ICIJ and partners that Mega Star was “totally inactive”. Internal emails from the newly-leaked Mossack Fonseca records call that claim into question.
This second lot of the Panama Papers also highlights details of offshore companies incorporated by a clutch of Indian businessmen who did not figure in the 2016 leak. These include Ajay Bijli, owner of PVR cinemas, and members of his family; Kavin Bharti Mittal, chief executive of Hike Messenger and son of Sunil Mittal; and Jalaj Ashwin Dani, son of Asian Paints promoter Ashwin Dani.
The new papers also show that several companies set up by Indians were first sent notices by Mossack Fonseca (several by November 2016) to produce missing information and these letters mentioned the name/s of the Beneficial Owner (BO), wherever available, or demanded that the name be immediately disclosed.
In the next stage, Mossack Fonseca served 90-day notices to clients informing them that the firm would resign as Registered Agent because the companies failed to meet legal due diligence requirements.
Those whose links to offshore entities have been confirmed by Mossack Fonseca in a series of messages include Shiv Khemka, Amitabh Bachchan, Jehangir Sorabjee, K P Singh of the DLF Group and his immediate family, Anurag Kejriwal, Navin Mehra of Mehrasons Jewellers and Hajra Iqbal Memon and his family.
The Bachchan case
An illustrative case is how, shortly after the 2016 expose, Mossack Fonseca, in its communications, named Amitabh Bachchan as director of two companies Lady Shipping Ltd and Treasure Shipping Ltd and, subsequently, served the 90-day notice to him via UK-based Minerva Trust — the administrator for these companies — addressing him as director of a third company, Sea Bulk Shipping Company Ltd.
The notice conveyed Mossack Fonseca’s intent to resign as the company’s agent saying that Sea Bulk Shipping did not fulfil “our due diligence requirements”.
Bachchan, who is under official scrutiny in connection with the Panama Papers, has denied any link to these companies and did not respond to an email sent by The Indian Express earlier this week.
The Argentine President
In the case of Argentine President Mauricio Macri, emails between Mossack Fonseca’s head office in Panama and its Uruguay branch in September and October 2016 show that employees were discussing a plan to backdate documents to conceal the fact that the firm knew that a company it had set up in the Bahamas, Fleg Trading Co, was controlled by the family of Macri.
Macri and other family members were directors of Fleg Trading, the original Panama Papers investigation revealed. His father was the owner. Anti-money-laundering laws required Mossack Fonseca to know such information.
Mossack Fonseca employees discussed having Macri’s accountant produce a handwritten document in 2016, but dated years earlier, that would confirm the company’s owner, according to emails. The accountant dismissed the idea as “very risky” since the letter “could be refuted easily by an expert calligrapher”, who would pick up that the document was written more recently than the purported earlier date, according to Mossack Fonseca’s internal emails.
A spokesman for the Macri family’s company, Socma, told ICIJ media partner La Nación that the president’s father declared his ownership of Fleg Trading, which was confirmed by a judge in Argentina. The spokesman said he had no information or comment on the discussions between Mossack Fonseca and the Uruguayan accountant.
MORE REPORTS