Mystery illness forces US to evacuate diplomats from China

The United States is evacuating several of its diplomats from China following the mass incidence of a mysterious “sound attack” that affects brain functioning, something similar to those earlier reported by its personnel in Cuba , even as Beijing said it has investigated the issue and found “no clues” as to what is causing the illness. 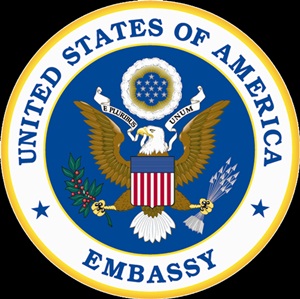 In September 2017, US diplomats were evacuated from Cuba after a string of mysterious sonic attacks that caused several health problems to over 21 diplomats, (See: New Cuban crisis: US pulls staff from Havana after mystery sonic attacks)
The State Department evacuated several of its diplomats and their families from China amid health concerns about mysterious symptoms arising after unusual noises detected by US diplomats and their families working in the consulate in Guangzhou.
After initial screenings by a medical team dispatched last month when the first incident was reported, the State Department has sent "a number" of affected people to the United States for further evaluation, State Department spokeswoman Heather Nauert said.
The State Department issued a health alert for China on 23 May, after one employee of the Guangdzhou consulate reported hearing strange noises and exhibiting symptoms of brain injury. He was found to be experiencing "subtle and vague, but abnormal, sensations of sound and pressure," and ordered the evacuation of the personnel and his family.
The State Department, however, said that was then considered as an isolated incidence and that it was unaware of any similar situation elsewhere in China at that time.
While the State Department recently received medical confirmation that the medical incident in which the employee in the Guangdzhou consulate showed symptoms of brain injury was consistent with what an American personnel in Havana, Cuba had experienced, there was no confirmation of what caused the strange disease.
Illnesses reported amid strained ties between Beijing and Washington now threatens to become a full-blown health crisis like the one that affected at least 24 US diplomats and their families in Cuba.
The evacuations that began on Wednesday in China are continuing, although US officials declined to specify exactly how many people are likely to return for more testing after initial screenings were conducted on dozens of diplomats and family members.
"US medical professionals will continue to conduct full evaluations to determine the cause of the reported symptoms and whether the findings are consistent with those noted in previously affected government personnel or possibly completely unrelated," Nauert said.
Reports quoting US Foreign Service officer Mark Lenzi in Beijing said he would be evacuated along with his wife and 3-year-old son.
Lenzi is reported to have started hearing unusual sounds like rolling marbles, followed by excruciatingly painful headache, in April 2017. He said his wife and son also had similar experience.
Lenzi he employee a fellow foreign service officer who evacuated last month after being diagnosed with mild traumatic brain injury, stayed next door.
While Secretary of State Mike Pompeo noted that the symptoms showed by affected employees of the US consulate in China were similar to those affected the US personnel in Havana, Cuba, the exact cause of the disease is still not known.
In Havana, many of the employees of the US embassy were diagnosed with signs of minor brain trauma, like concussions, after hearing eerily disturbing noises starting in late 2016 and continuing through most of last year.
The State Department has said it suspects the stricken diplomats in Cuba were purposely targeted for an attack. But, despite an investigation by the FBI that has gone on for more than a year, US officials have not been able to determine what caused the injury and who is behind it.
MORE REPORTS