Nepal has scrapped a contract with a Chinese infrastructure firm for building a 750 megawatt hydel project in western Nepal, after the Chinese firm demanded a hike in power tariff, and decided to build the mega power project on its own, Nepal’s finance minister Yubaraj Khatiwada has said. 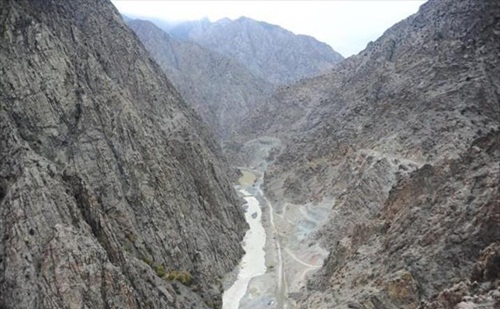 Khatiwada made the announcement to scrap the hydel power project contract with China Three Gorges Corporation (CTGC) while releasing the first federal budget for fiscal 2019
CTGC demanded a hike in the power purchase rate, ie, the price at which Nepal would be buying electricity, in order to complete the reservoir type project in western Nepal, which left the project incomplete, the Himalayan nation's finance minister said.
With several rivers flowing out of snow covered mountains, Nepal offers huge untapped potential for hydropower generation. The country, however, lacks the funds and technology necessary for building such mega power projects.
With a annual demand of 1,400 megawatts (MW), Nepal is dependent on neighbouring countries, including India, for meeting its annual demand for power.
The power project has been stuck since 2012 over the tariff dispute. A year ago, the Chinese firm had given Nepal an option to reduce the production capacity to 600 MW, in case Nepal was not agreeable to paying a higher price for purchasing power from the project.
The Nepal government had appointed a committee to look into the deal and suggest a way out. The committee recommended against the Chinese proposals, which lead to the decision to terminate the deal.
Under the deal signed between the Chinese company, the Chinese firm CTGC will have a 75 per cent stake in the project and the rest will be held by the Nepal Electricity Authority.
The project with the reservoir covers Baitadi, Bajhang and Dadeldhura. It was expected to produce 1.8 billion units of electricity a year.
The project with the 207-metre-tall dam was estimated to cost $1.8 billion, including the interest charges, or $1.4 Billion excluding interest charges.
In November last year, Nepal had scrapped a $2.5 billion deal with China Gezhouba Group Corporation to build the country's biggest hydropower plant, citing lapses in the award process, the energy minister had said.
A Maoist-dominated coalition government had in June last year awarded the contract to China Gezhouba Group Corporation to build a 1,200 MW plant on the Budhi Gandaki River, without any competitive bidding, which is required by law.
A parliamentary panel asked the government that succeeded the Maoist-led coalition to scrap the deal.
MORE REPORTS